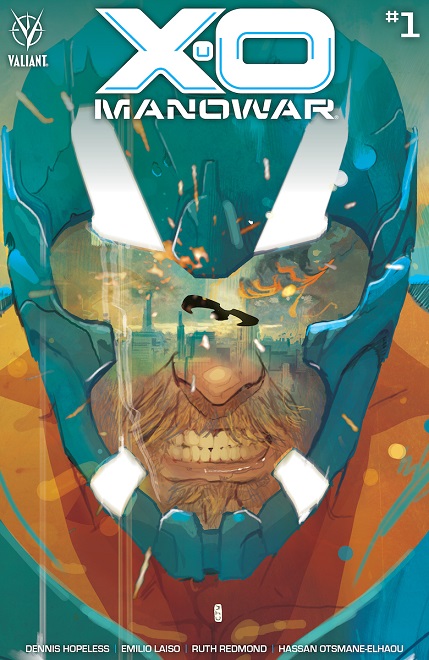 Aric of Dacia, a 5th century warrior-prince, was enslaved by aliens called The Vine, but managed to escape and bond with the sentient armor Shanhara becoming X-O Manowar. Now, the most powerful weapon in the universe, he has returned to Earth in our time.

This new series by Dennis Hallum is a good introduction to the relationship between Aric and Shanhara, while establishing the tone of the series. Since Aric is from an entirely different time, he must adjust to modern life, like how to play basketball, and understand the complications of society. Though he wants to be a hero, some of his execution causes almost as much trouble as the problems he’s trying to solve.

It’s always nice to see different takes on what it would mean to become a superhero and how it won’t go as smoothly. This is a solid start to the new series.