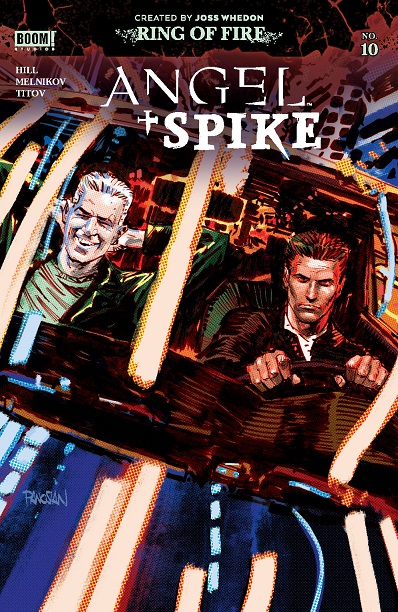 A demon is infecting people in Los Angeles, including a boy named Dre, which’s grabs the attention of Detective Kate Lockley. Since Angel is still feeling the effects of his venture into the Hellmouth and in full brood-mode, Spike takes the leadership role, sending Gunn and Fred to seek the detective.

This issue had more setup than action. Readers see what happens to the demon’s victims and Kate is introduced with the same chip on her shoulder and contempt she had in the show. Seeing Spike give out assignments and tell Angel to buck up was fairly amusing. Hopefully the mysterious demon has a larger role in the next issue, especially if he’s facing Spike.