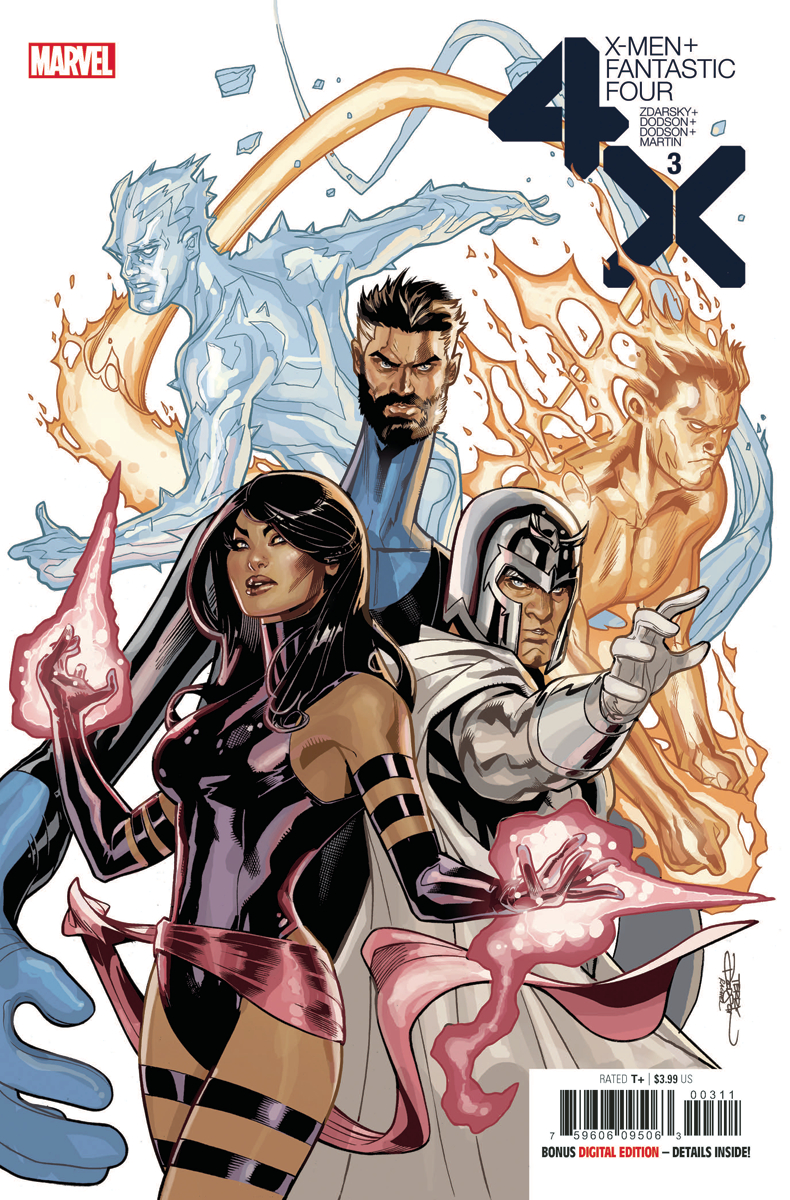 The X-Men founded the nation of Krakoa to be a safe haven for mutants when the rest of the world proved to be otherwise. But with the Fantastic Four on the offense looking for their kids, things quickly go awry. With both groups now on Doom Island looking for Franklin Reed – Mr. Fantastic’s mutant son – they’re forced into a temporary truce. While Doom himself works to help Franklin unlock his abilities, the X-Men work with Sue Storm to try and rescue some of the island’s mutants, only to come fact to face with Doombots.

The tension between these two legendary teams of heroes is palpable as they struggle and vie for Franklin Reed’s attention – Richard wants his son to come home so he can figure things out on his own, while the X-Men are hoping to bring the Omega-level mutant to their homeworld. And, of course, Doom is clearly in it for his own sake. As this limited series wraps up next issue, it’s bound to be compelling to see how these various rivals have to work together in order to solve a common problem.