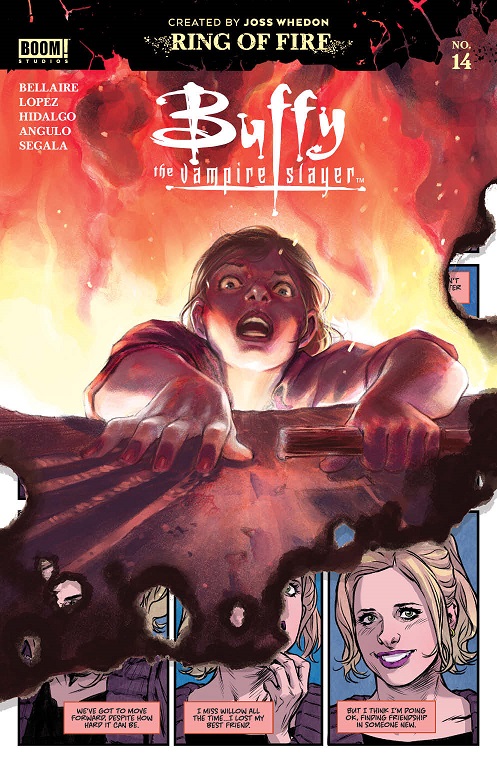 Buffy and her friends have stopped the Hellmother and closed the portal that was keeping the Hellmouth open. But, in closing it, they have inadvertently opened doors to other dimensions. Making things tougher on Buffy, Xander gave up his soul to save Willow and in turn she left Sunnydale.

This issue by Jordie Bellaire deals with the aftermath of the Hellmouth event while laying the foundation for the future story. Buffy has gotten closer to Robin as she deals with feeling lost without Willow and Xander. Similar to how she responded to Faith in the TV show, she’s pretty uncomfortable having Kendra around. Things with Giles and Jenny are still rocky and Joyce, who doesn’t know that Buffy is the Slayer, is becoming overprotective.

Things are still grim in Sunnydale and it goes beyond teenage angst. Despite having just saved the world, the Slayer definitely needs a win.