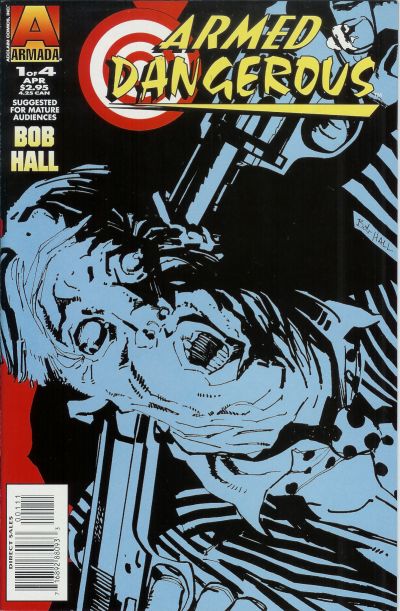 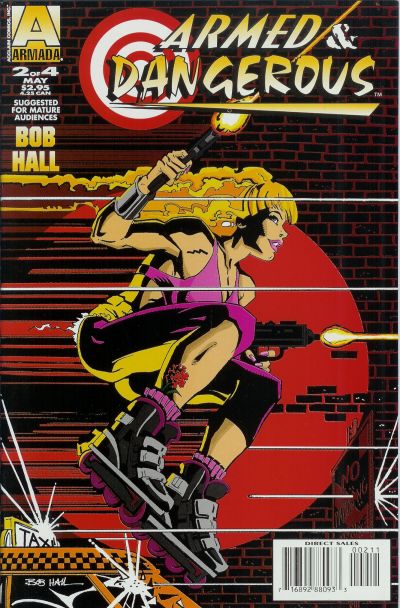 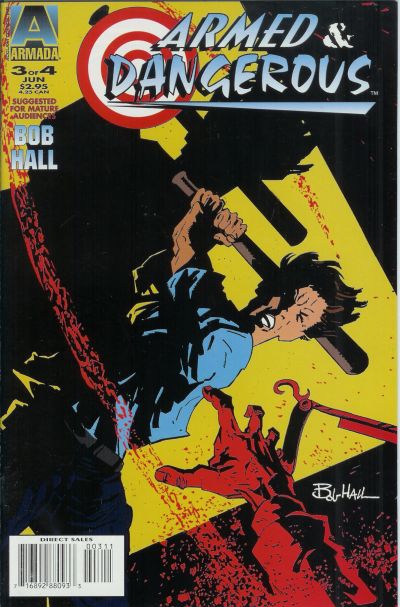 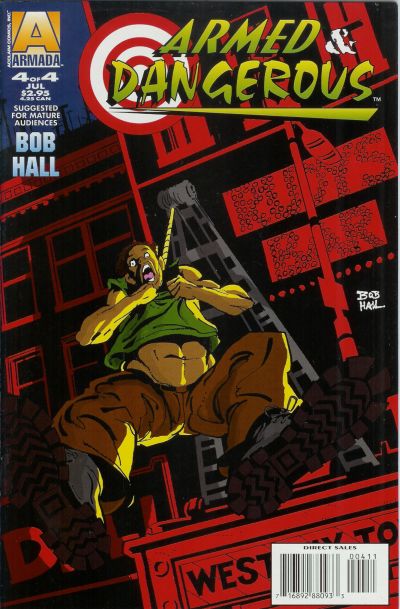 As regular Scoop readers know, during the disruption caused by the COVID-19 virus, we’ve featured reviews of individual back issues, runs, collected editions, and original graphic novels that captured and held our attention over the long haul. Now that “new comics Wednesday” has returned in some form for many around the country, we’ve decided to continue including great older comics among our features. Remember, once your store is open, checking out their back issue bins is a great way to #BackTheComeback.

Armed & Dangerous was originally a four-issue black and white limited series written and illustrated by veteran comic book artist Bob Hall (Shadowman) and published by Acclaim Comics under their Armada imprint from April through July 1996. It was followed by the Armed & Dangerous Special #1 in August, and another four-issue miniseries, Armed & Dangerous: Hell's Slaughterhouse, which ran October 1996 through January 1997.

The series told the story of three Irish mafia brothers in New York City, Harry, Charly, and Mitch Donovan. The events depicted in the story began to unfold years earlier when Harry was killed on the Brooklyn Bridge.

Charly, who was also there at the time, has become a drunk and can no longer clearly remember the circumstances. He stays in hiding, only surfacing monthly to collect $1,000 from Harry’s widow, Mary, just enough to stay hidden and inebriated.

Mitch Donovan is a tough-as-nails character, the only one still functioning in the “family business.” He looks and acts like someone with whom you would not want to mess.

The precipitating event for the series is when Eddy Donovan, Harry and Mary’s high school age son, begins questioning what happened to his father.

Hall had many credits before undertaking Armed & Dangerous, including an influential run on the original Valiant’s Shadowman and before that a stint on The Avengers for Marvel. At least superficially, though, none of his prior comics work prepared readers for the noir grit of this series.

He wrote, penciled, and inked the whole run himself. Perhaps just as compelling as the comics themselves were the stories he shared on the text pages about New York City in that era. The series was overlooked by some due to its timing (coming on the heels of Sin City and Stray Bullets), but Armed & Dangerous was and remains a thoroughly entertaining read.

The series thrived on personalities. One of those personalities was the New York City itself. The seediness, the desperateness of it permeating the stories and highlighted the actions of the characters.

There should have been more.

And as a footnote, there almost was. Our friend, Overstreet Advisor, and former colleague, Scott Braden, detailed the ill-fated third Armed & Dangerous series in his Lost Tales column on Tripwire.com.