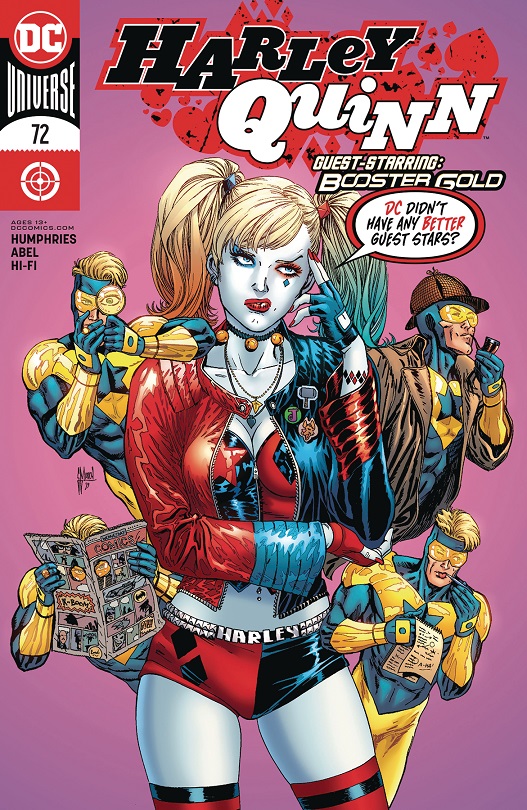 Since her mother died, Harley Quinn has been somewhat aimless. Her latest adventure took her to Los Angeles where she became a professional wrestler. That was all fine and dandy until her friend Alicia was killed and her power source, the jade feather, was stolen.

Despite the fact that everyone thinks Alicia committed suicide, Harley is convinced that she was murdered and launches into an investigation. And helping Harley on this mission is the greatest hero you’ve never heard of: Booster Gold.

For this arc, Sam Humphries has managed to mesh a Harley Quinn arc with a classic detective story. She’s practically a gumshoe, following clues and interrogating targets. But this is a Harley Quinn comic, which means fewer fedora-wearing gangsters and more creepy cults, Nazis, and wrestling promoters named Baby Face. It’s a zany trip.