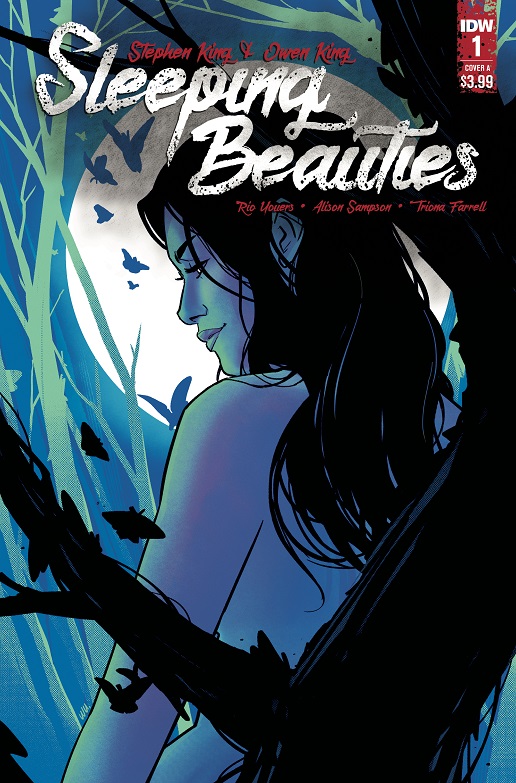 A sleeping sickness started in Australia and is making its way around the world. The illness only affects women, putting them into a catatonic sleep state, garnering the name Aurora after the protagonist in Sleeping Beauty. Making the situation even weirder, and definitely grosser, sticky web-like growths appear on the faces of the women how are stuck asleep.

Sleeping Beauties had an intriguing start. The sickness is a worldwide issue, but the story is set in what appears to be an American town complete with nice houses, a prison, and a meth dealer. The group of characters are mostly involved in the law, on both sides of it, and as Aurora takes effect, they are dealing with a series of murders and incidences that could have something to do with the mysterious woman that just came into town.

Based on the novel by Stephen King and Owen King, Sleeping Beauties is adapted by Rio Youers. This horror story and mature read is off to a good start.