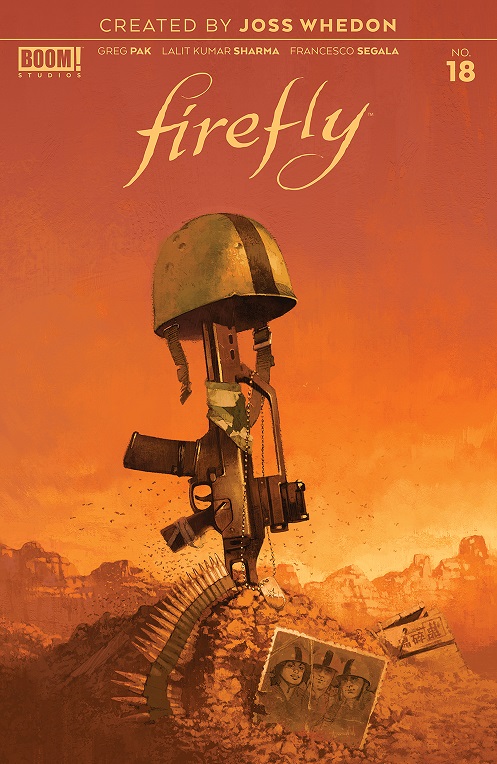 Mal’s assignment as Sheriff of Georgia Space Sector was supposed to be an easy gig. That was before a murder investigation led to Blue Sun Corporation, protests by angry employees, and an assassin. Inara discovers that the Enforcer was given weapons by a rogue division of Blue Sun, led by Director Sing, who is now bent on catching the rest of Mal’s crew.

When Kaylee, Jayne, and Leonard knock off another Blue Sun freighter, they get trouble on two fronts. One is the obvious, Blue Sun and Director Sing, the second is a new threat. This also puts Mal in a tough spot since he knows how badly Blue Sun wants to catch them and the best way to protect his friends might mean doing something they hate.

Mal as a sheriff is a weird concept, but given his affinity for helping the downtrodden and bullied, it also makes sense. In this arc, Greg Pak is putting Mal into some tough situations that don’t involve immediate gunfire as he tries to navigate around a powerful foe to keep his friends safe. Several of Firefly’s main characters are missing from this arc, but other than missing them, it’s good.