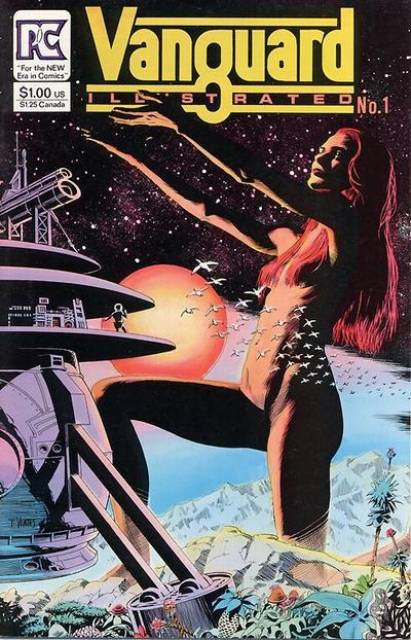 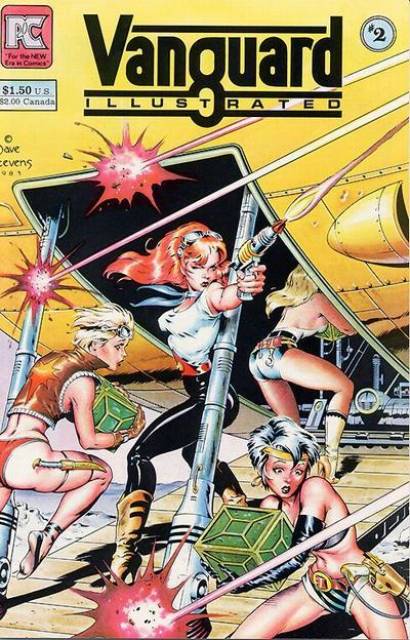 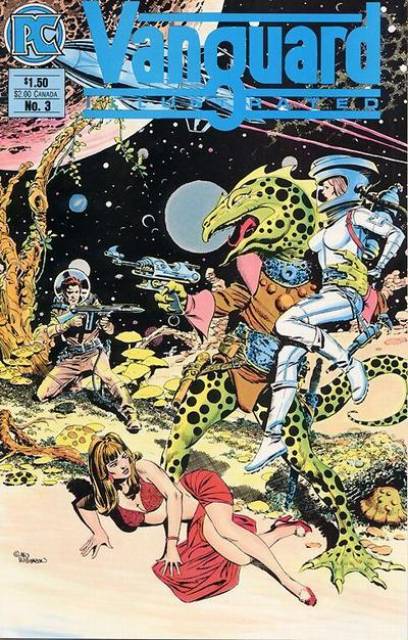 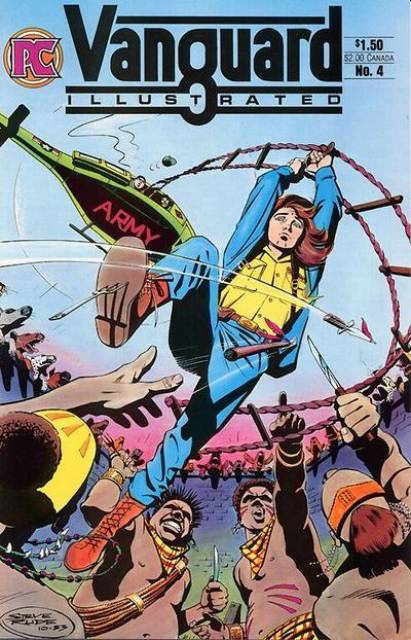 Unlike their science fiction- and horror-themed anthologies, Alien Worlds and Twisted Tales, which were produced by Bruce Jones, Vanguard Illustrated was produced in-house at Pacific Comics. Edited by David Scroggy, who would later become very well known at Dark Horse Comics, this anthology was about upcoming creators, and often mixing that new talent with established professionals.

The first four issues had covers by Tom Yeates, Dave Stevens, Al Williamson, and Steve Rude, respectively. Underneath those covers, readers found David Campiti’s first comic book story illustrated by Yeates and Rick Bryant, his second tale drawn by Bob McLeod, and his third, with art once again by Yeats.

For me, as a Nexus fan, I didn’t need much encouragement to pick-up these issues, but it was a joy to discover the other material that ran alongside “Encyclopedias.” The coloring on many of the stories was sub-par and occasionally it could really get in the way (on the other hand, the third chapter of “Freakwave” finally got it right), but overall the experience is definitely one of enthusiastic discovery.

“Writer-wise, I think it was the first published work by Fabian Nicieza, Joey Cavalieri, David Campiti. It was a bit of a stretch to include ‘Encyclopedias’ by Baron and Rude, but we justified it by saying, truly, that it was their first collaboration. Hence, even though they had recently come out with Nexus, this pre-dated it and was done when they were ‘new talents.’ But otherwise there was no thematic criteria,” David Scroggy told me recently.

Having just reread these issues for the first time in years, I’m now tracking down the remaining three in this unfortunately short-lived series. Very few anthology titles really live up to their mission statements, but this one did (and for that matter, Alien Worlds and Twisted Tales did, too).

By the way, probably not to surprisingly since it features a Dave Stevens cover, Vanguard Illustrated #2 in higher grades is the priciest one of the bunch, but they’re all worth it.