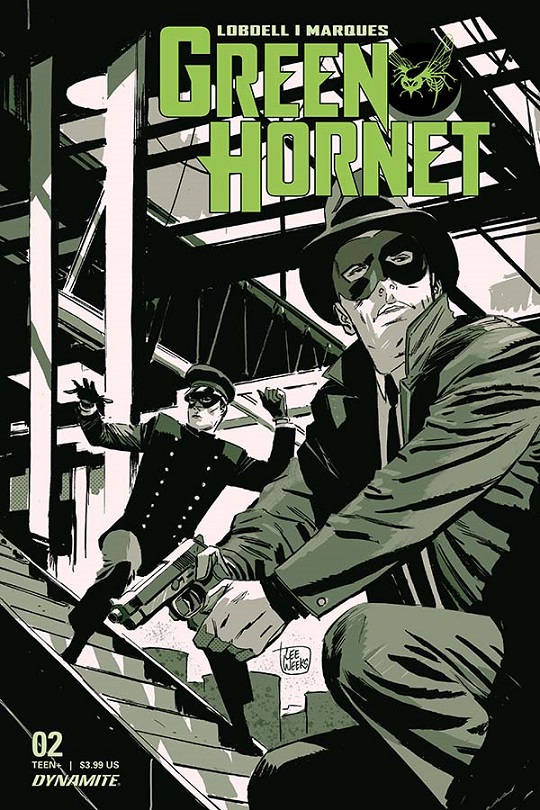 Britt Reid and Kato were investigating a missing employee of The Daily Sentinel when they were assaulted by an explosion. From the rubble they are confronted by an alien who is looking for a pilot. An attempt to defuse the situation geos awry, so Green Hornet and Kato must change tactics from investigation to survival and containment.

The investigation is not going smoothly, though Green Hornet and Kato are making progress. They are also getting attacked on a regular basis. So far this series by Scott Lobdell is fast-paced and easy to follow with some surprises, an intriguing case, and amusing interplay between the two heroes.