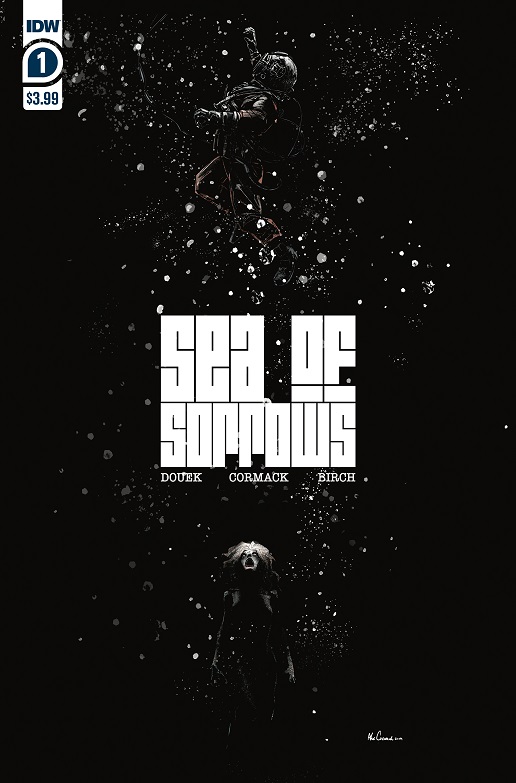 In 1926, after the Great War has ended, the North Atlantic was filled with sunken boats to be plundered. A former naval officer hires the SS Vagabond and leads them to a sunken U-boat that he declares is holding gold. And while the mix matched crew are already getting on each other’s nerves before gold enters the picture, there’s also something else hidden by the dark waters.

The first issue of Sea of Sorrows by Rich Douek with art colors by Alex Cormack and color assists by Mark Mullaney sets the tone for a hard-edged, mature read. The characters are haunted by the war and the parts they played, so isolating them on a boat where greed comes into play is quite foreboding. Adding in the other unsettling sea element is setting this up to a claustrophobic, paranoia-laced horror story.