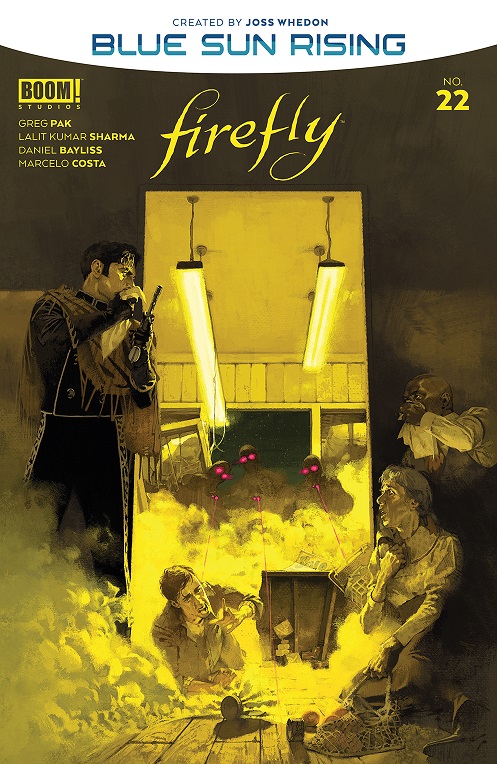 Blue Sun has created a legion of robot law enforcers based on Mal’s abilities and looks, and while he was initially amused, the novelty has worn off. Blue Sun is using the robots to make people destitute to continue their reliance on the company. Though Mal has done good work as the sheriff, he’s reached the tipping point with Blue Sun.

Fighting bureaucracy and corporate overreach are working well for this space cowboy series. Greg Pak is writing a story where good and evil are clearly defined, but the characters still have room to find the gray areas in how they respond to their situations. There’s a nice mid-issue moment with Shepherd Book to illustrate that point.

The odds are not in Mal and the Serenity crew’s favor, but given their hatred for Blue Sun bullies, I wouldn’t bet against them.