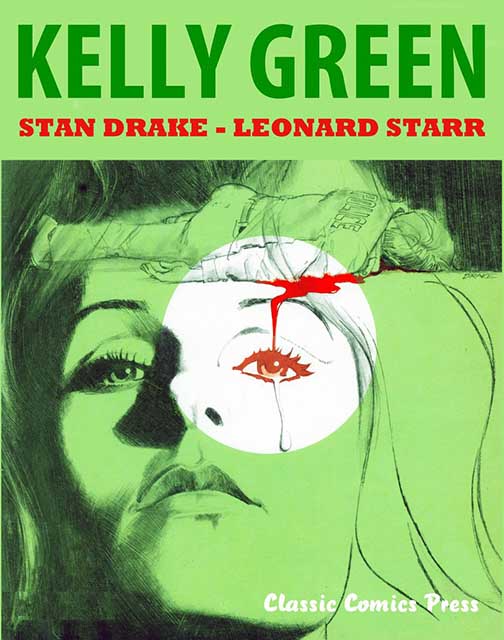 Released earlier this year, Kelly Green: The Complete Collection doesn’t make for the most timely of reviews, but if you know a crime comics fan it’s a superb way to kick off your holiday gift-giving list. Originally issued by Dargaud International Publishing as a series of graphic albums in the early 1980s, the title character was the creation of writer Leonard Starr (Mary Perkins On Stage, Little Orphan Annie) and artist Stan Drake (The Heart of Juliet Jones, Blondie). In the first of the graphic novels, The Go-Between, we meet Kelly Green, a cop’s widow, who takes on the role of a go-between, walking the line separating the straight and criminal worlds. The first story is a little bit clunky, but it sets up the series very well.

This volume also includes One, Two Three, Die..., The Million Dollar Hit, and The Blood Tapes, comprising the other three stories previously published in English.

It also includes, for the first time in in English, The Comic Con Heist, which is set at the 14th San Diego Comic-Con and features cameos by Jack Kirby, Milton Caniff, Will Eisner, Burne Hogarth, and even convention founder Shel Dorf. It is well and truly steeped in the love of comics.

Stan Drake’s work on Kelly Green is as beautiful as his fans would expect, and he and Leonard Starr delivered a strong female protagonist well ahead of the curve for mainstream comics in that day. The work is engaging – it’s presented in black and white and really benefits from that – and really enjoyable. It would be worth the cover price just for The Comic Con Heist.