Beginning in 1981, one of the stories featured in Eclipse Magazine was Coyote.

Written by Steve Englehart and illustrated by Marshall Rogers, Coyote was a daring departure from the superhero norms of the time, capturing a character unique at that point in comics history. Coyote was far enough from the antihero mold of the ’70s that he was clearly a good guy, but he was also definitely his own man... or Native American deity. Eventually collected as a graphic novel (also known affectionately as Coyote #0), the story was the precursor of the 16-issue Epic Comics series.

Now Image has collected the original material, along with the two issues of Eclipse’s Scorpio Rose by the same creators. Additionally, the third, unfinished and unpublished issue of Scorpio Rose is included as well. This is not merely because the projects share the same creative team, but because Rose becomes an integral part of the Coyote story in later volumes.

If you’ve never read this material or just want to remind yourself of how good it was the first time around, give this one a whirl.

The remainder of the run, including back-up stories illustrated by the likes of Steve Ditko and Todd McFarlane, were collected in the four volumes that followed. It remains intriguing stuff. 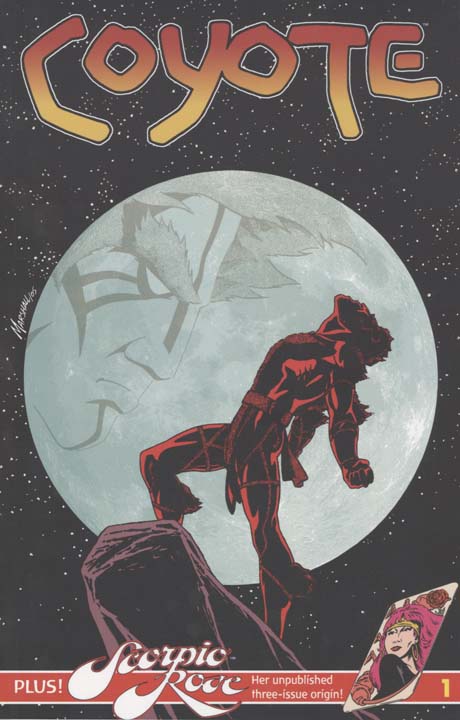