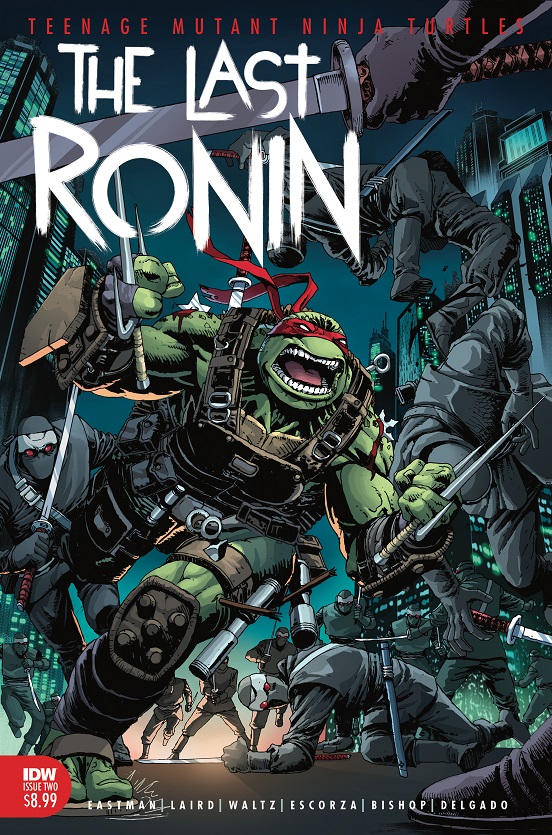 The future of New York City is a grim place ruled by a dangerous, powerful figure: Shredder’s grandson Oroku Hiroto. Tragedy has struck the Teenage Mutant Ninja Turtles, leaving only one of the brothers alive to avenge his family in his quest to take out the last Oroku.

In the final pages of the first issue of The Last Ronin it is revealed that Michelangelo is the last surviving Turtle. Not only that, he learns that not everyone that he loved is dead. The brave, tenacious April O’Neil is also still alive.

While the first issue was wall to wall action as Michelangelo engaged in an assault on Hiroto’s soldiers, the second issue is expository. With Mike recovering, he and April start to get reacquainted, which brings up some painful memories. This issue answers some questions, primarily which member of the family died first and the identity of the mysterious young woman who came to Mike’s aid. It also poses some new questions for readers to mull over until the next issue.

The Last Ronin takes the Turtles back to more serious, darker content in a story by co-creators Kevin Eastman and Peter Laird, with Tom Waltz. It hits hard with captivating intensity painting a dramatic picture of the Turtles and their enemies.