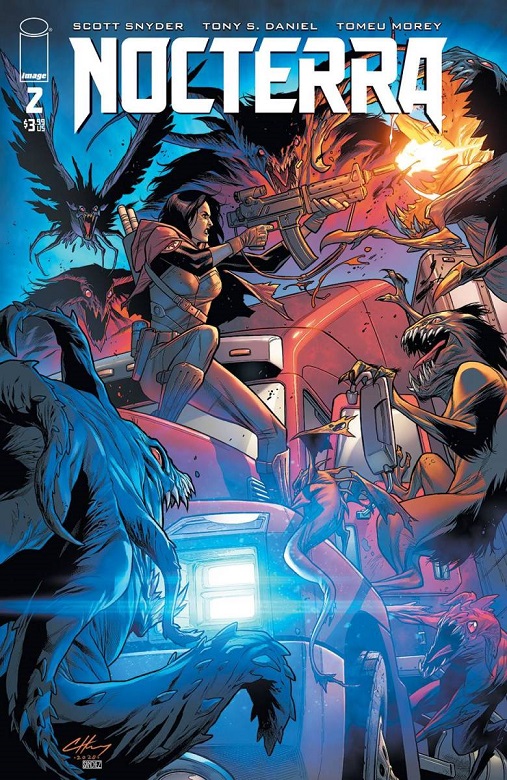 The first issue of Nocterra introduced readers to a world gone dark and full of monsters. Literally, the sun is gone, it’s always dark, and monsters thrive there. What makes things even worse is that too much exposure to the darkness turns people and animals into those very monsters.

Val Riggs is one of the Ferrymen who travels the roads between well lit safe zones, bringing people and supplies to different destinations. With her brother Emory in the early stages of mutating into a monster, she agrees to take an old man and his granddaughter to a place where her brother could be cured. But, Val doesn’t know that the old man is being hunted by a terrifying figure known as Blacktop Bill.

This series, by the team of Scott Snyder, Tony S. Daniel, and Tomeu Morey, is off to a great start. It’s building Val as a hardened heroine who still helps people despite her anger toward their situation. The creative team has already provided some exciting monster action and high speed chases seem to be on the way.

This could be a wild ride.