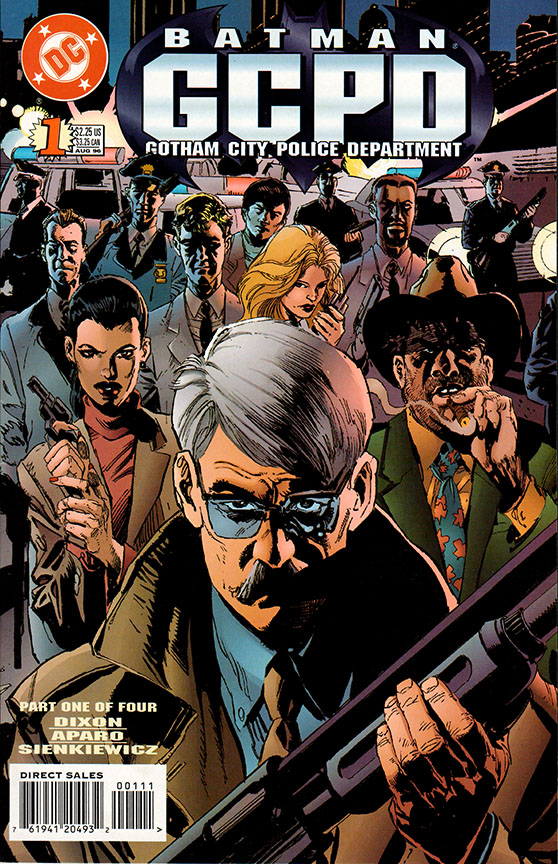 When writer Chuck Dixon, artist Jim Aparo, and inker Bill Sienkiewicz unleashed the first issue of Batman: GCPD (that’s Gotham City Police Department) in 1996, it was almost seven years before the arrival of the long-running Gotham Central. The mini-series definitely was an ice-breaker in that it spotlighted the city’s police rather than Batman as they dealt with crimes ranging from the mundane to murder.

When it arrived in stores, both Dixon and Aparo were well known for the Bat-connections. Dixon, among other accomplishments, had written the first Robin mini-series, and Aparo was easily one of the definitive Batman artists for a couple of generations of fans.

It was the move to add Sienkiewicz on inks that helps move this often-overlooked mini-series into the must-have category for Batman collectors. The atmosphere he brought to the project highlighted the crime noir feeling evident in Dixon’s dialogue and pacing; it also genuinely added to Aparo’s work.

This mini-series is available in a collected edition, but it’s also relatively easy to track down the individual issues. If you read this one, you’ll want to do just that.