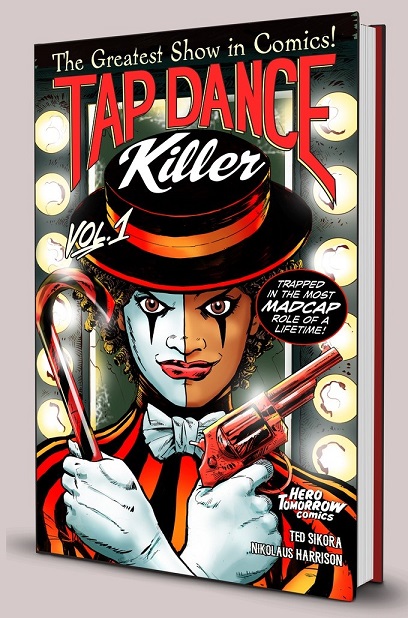 Tap Dance Killer by Ted Sikora, Donny Hadiwidjaja, and Chis Arieswendha, is the most delightfully bonkers thing you’ll read this year. It starts with Nikki, an actress starring in a musical called, Nothing But Vaudeville, as the Tap Dance Killer. Through some magic, she and her castmates become their characters and decide to take on the established organized crime family.

Nikki is exactly as advertised, confronting her enemies with the violent swing of her cane while tapdancing. As the Vaude-Villains, she works with a crime lord made up in vaudeville-style, a dead-animating wax museum curator, and clowns named Punchline and Uzi. Wild and funny, the book is meant for a mature audience. The comic’s Kickstarter likened it to “Punisher meets Rocky Horror,” and I’d add Chicago with some horror-comedy.