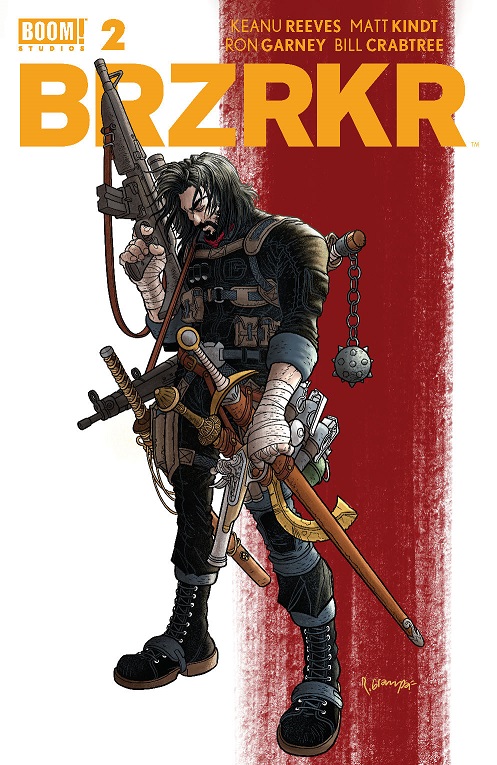 Berserker is an immortal being who can recover from any injury and is cursed with an unquenchable thirst for violence. His debut issue showed readers what he can do in gory, bloody detail and now in BRZRKR #2, a deep dive into his past sheds light on his creation and purpose. As a US government scientist studies his mind, Berserker recounts his earliest memories and the stories told to him by his original people.

BRZRKR is a haunted soldier story wrapped in a mystery with a twist of fantasy. This issue makes it clear why he came to be this immortal warrior, but doesn’t fully explain the “how” part. This could mean he has an entire other purpose, or abilities he hasn’t even unlocked yet.

This hyper-violent comic was created by actor Keanu Reeves who co-writes it with Matt Kindt. It’s playing out like the first act of a movie, which isn’t too much of a surprise since Reeves and Netflix are already developing a movie about the character. Right now, the story is open-ended and has lots of potential.