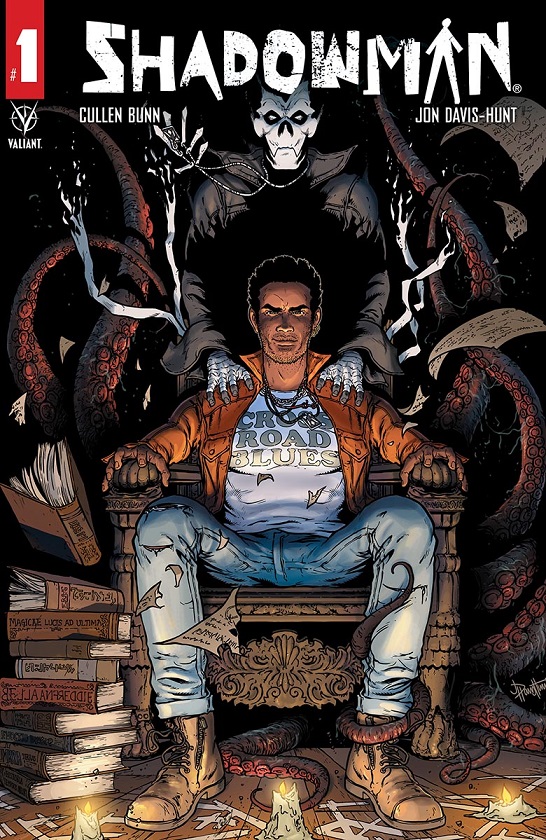 Jack Boniface isn’t just a musician from New Orleans. He is also the Shadowman. The Shadow Loa, a powerful voodoo spirit, gives him the ability to combat the demons of the Deadside to protect the Earth.

The new series opens with Shadowman stopping one murderous being to be sought by Baron Samedi himself. He is told about a gathering where a group of rich people are playing with dangerous forces that could prove cataclysmic if they succeed.

This was an entertaining, informative introduction to Shadowman by the creative team of writer Cullen Bunn, artist Jon Davis-Hunt, and colorist Jordie Bellaire. It’s a superhero/horror story with a hero fighting some nasty forces of darkness. Bunn’s writing gives it a noir feel while Davis-Hunt and Bellaire produce some nasty visuals of what he faces set against the back drop of the Big Easy.