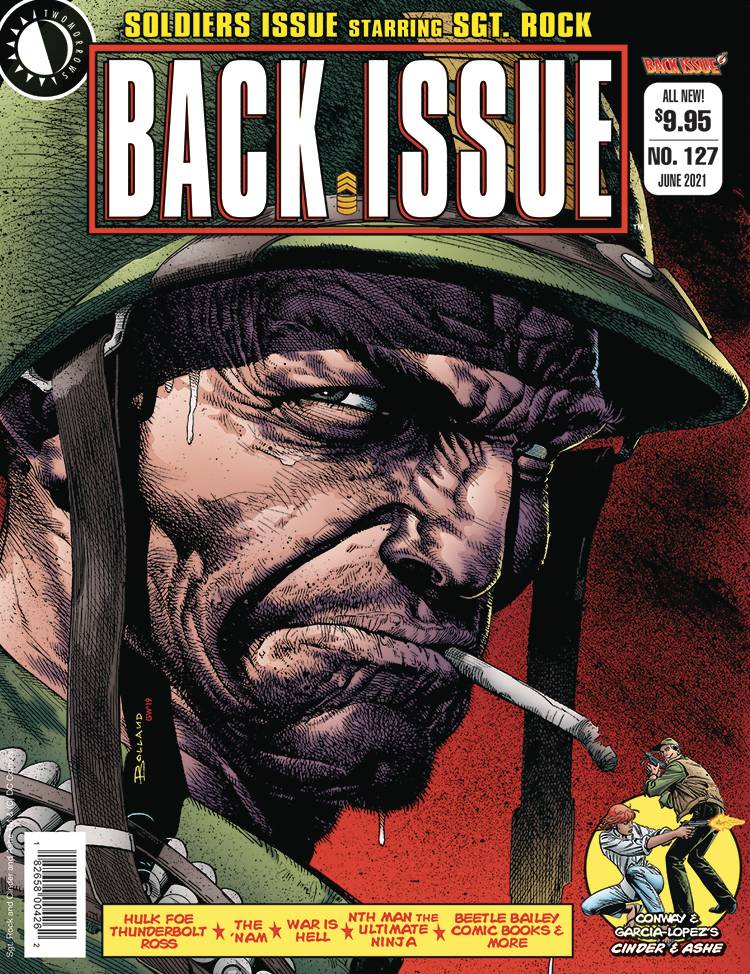 From the grit of Sgt. Rock to the humor of Beetle Bailey, Back Issue #127 takes a fresh look at war as it has been waged in comic books. In addition to the obvious – you can’t talk war comics without paying homage to Sgt. Rock – the issue delves into Marvel’s The ‘Nam (probably the best coverage I’ve seen on that title in a long time), DC’s Blitzkrieg, the soldiers of Atlas-Seaboard, War Is Hell, Nth Man the Ultimate Ninja, General Thunderbolt Ross, and more.

It’s no understatement to say that every issue of Back Issue that editor Michael Eury puts together is worth reading, and this one is no exception.