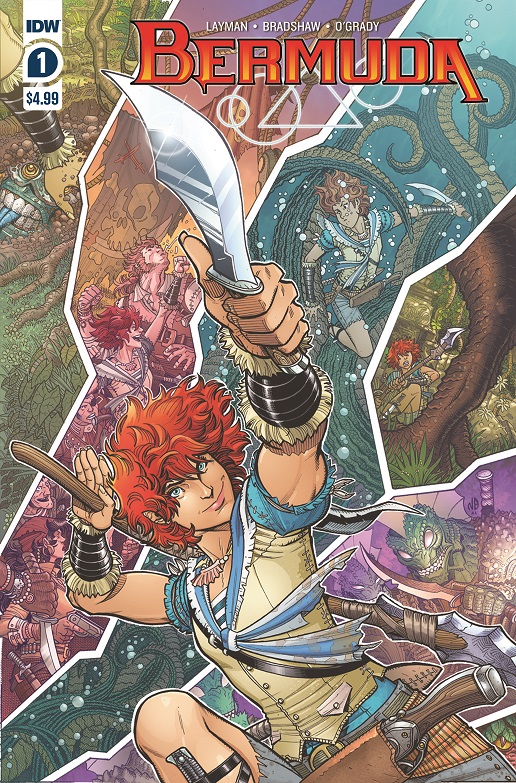 There’s a mysterious region in the Atlantic Ocean where people disappear and are never seen again. That strange hidden realm is where Bobby and Andi, the children of a powerful, rich man, end up when their plane crashes. The island is untouched by civilization and populated by predator creatures. Luckily, for Bobby and Andi, it’s also home to Bermuda, a teenage girl with very strong survival skills.

Bermuda #1 by John Layman opens things with lots of energy and excitement. It moves along at a fast pace with the right amount of detail and exposition to hook the reader. The island’s creatures are quite dangerous, and Bermuda has already shown her prowess for staying alive in their presence. The book has also set up some comedic elements between Bobby’s disoriented reactions and some of Bermuda’s expressions.

Nick Bradshaw did a great job on the art, packing it with detail and color. Through his art, the island appears beautiful and dangerous. This was a strong start for the new series.