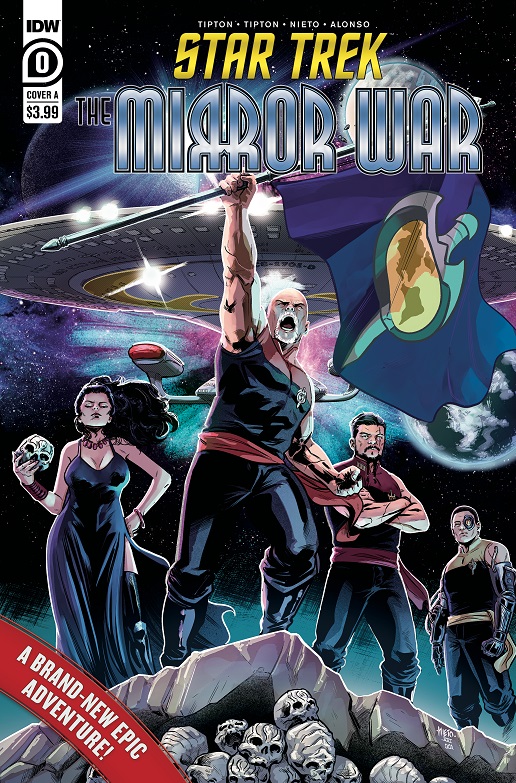 Star Trek: The Mirror War #0 opens with the foreboding introduction, “There is a reality you know. And, on another dimensional plane, there exists a dark, twisted reflection of that universe. So familiar, and yet so different. An Empire in place of a Federation, where profit and power take precedence over peace and exploration…”

In this version of reality, the Empire is at odds with the Cardassians and the Klingons, leaving them trapped in their home sector. The Enterprise is now a warship and Captain Jean-Luc Picard and his crew are tasked with regaining the Empire’s stronghold on their universe. As Picard executes this task, he also has another goal in mind that follows his last interaction with our reality.

Scott and David Tipton have written a strong start to this new series. Visiting the Mirror Universe is always intriguing, and in this issue, we are reintroduced to the harsher, more violent Picard, Riker, and crew. Peace and exploration are replaced with violence and quests for power as chess pieces are put in place for who knows how many conflicts. Carlos Nieto’s art and D.C. Alonso’s colors illustrate just how hardened the characters are, which adds a menacing quality to the book.