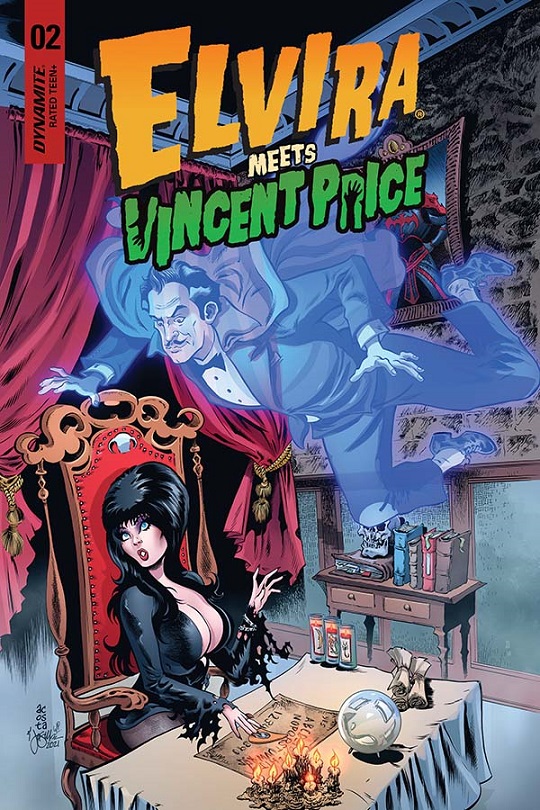 When her TV pitch was denied and her writer friend betrayed her, Elvira was not doing well. That’s about the time that the ghost of Vincent Price appeared and asked her to help find a print of an old film. It seemed simple enough until the title of the movie was spoken, and a monster showed up.

After escaping with their lives (well Elvira’s, anyways), Vincent explains the significance of the film, Rise of the Ram, and its connection to Amun-Ra. After that much needed dose of exposition, Elvira and Vincent take a trip to find some of the folks who also worked on the movie to stop a powerful being from enslaving Earth!

This is another fun, zany Elvira comic from Dynamite and writer David Avallone. It’s a spooky adventure with scary monsters, naughty people, cheeky jokes, fourth wall breaks, and pop culture references (including a Masters of the Universe gem). Elvira actress Cassandra Peterson is a master at blending comedy and horror, which translates well onto the page. Vincent Price, another horror icon, is also lovingly recreated as a charming ghost.