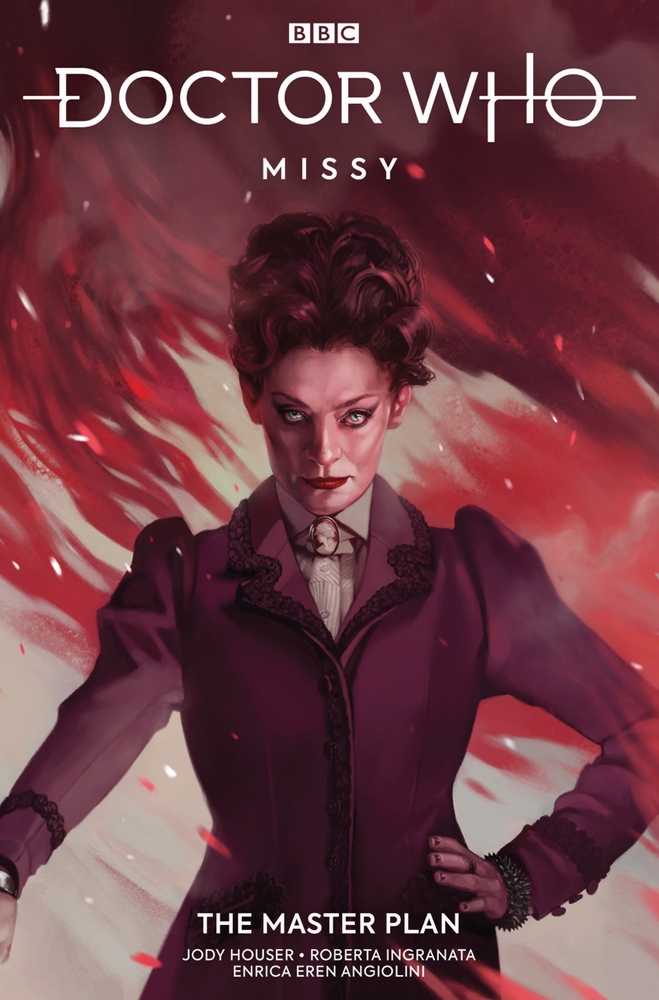 Missy, the Master’s female guise, takes control of her story in Doctor Who: Missy. The Master has been imprisoned in the Stormcage Containment Facility for who knows how long when the Doctor comes for a visit. Only it’s not the Doctor. It’s Missy in all her charismatic glory pretending to be the Doctor and toying with her past self in the process. She breaks the Master out of prison so that he can help her find a fragment of the key to time.

Jody Houser nailed Missy’s sense of humor with its homicidal quirks and effervescent mocking. The writing for Missy is so on point that the reader can picture actress Michelle Gomez delivering the lines. Watching Missy attempt to impersonate the Doctor is both funny and insightful. She must act against her own nature while trying to break out of a prison and does so by pointing out the absurd ways that the Doctor operates. The conversations between her and the Master give telling glimpses into each version of the character.

Originally a four-issue story, Doctor Who: Missy Vol. 1 is a blast for any fan of the modern Doctor Who TV show.