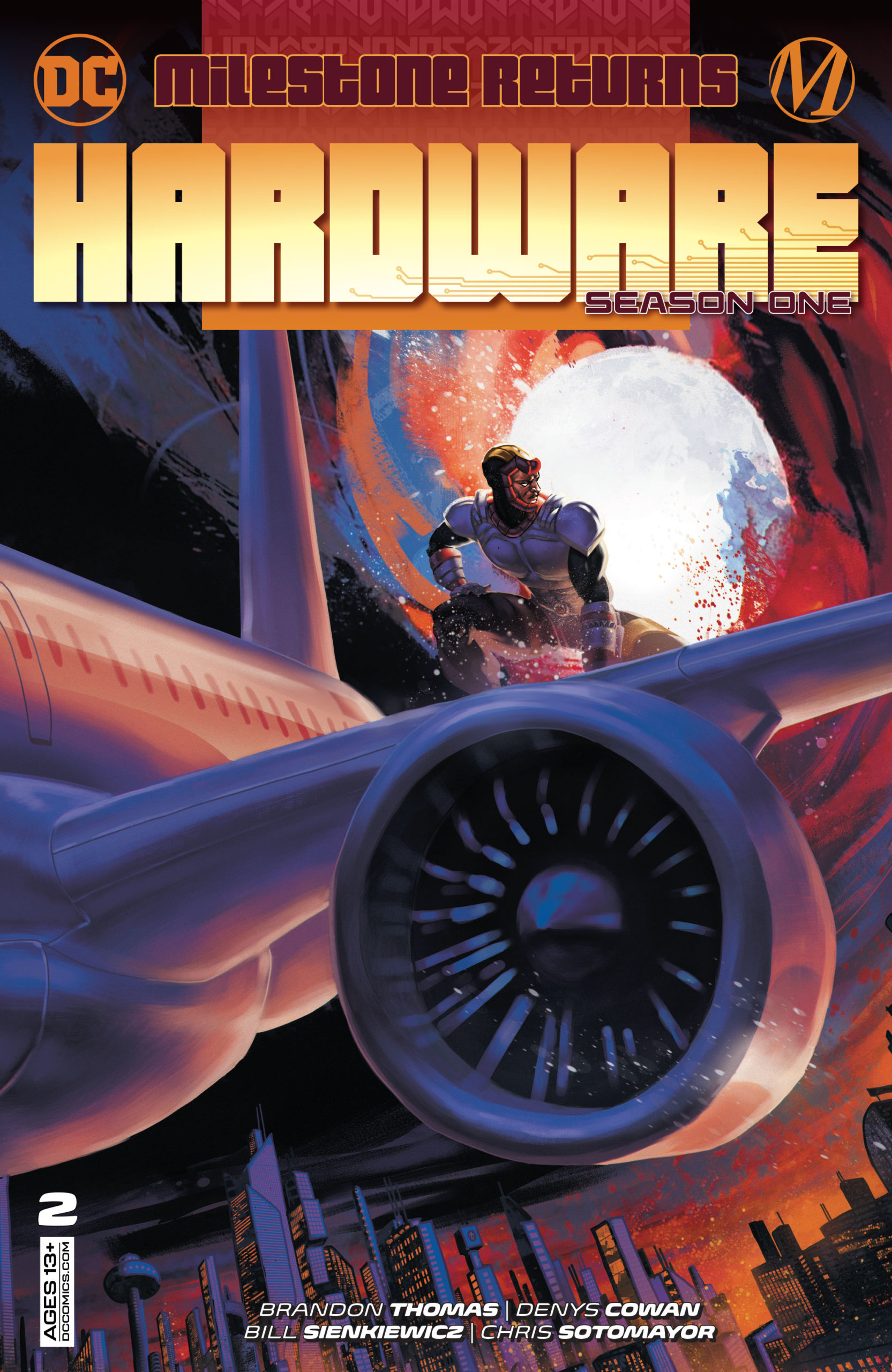 Curtis Metcalf has been framed, but most of the world – and specifically the residents of Dakota – believe he’s the culprit behind the flawed chemical attack on the Big Bang riot. Politicians, the media, and the police are crying for his head.

Suddenly, Edwin Alva – the real architect of the situation – seems to be publicly defending him, calling for the benefit of the doubt since Curtis has always a great guy, a devoted, caring employee, like a son to him. It’s a brilliant media age façade.

Where it will go and what Hardware can do about it remains to be seen.

Hardware Season One #2 is another very enjoyable issue. Brandon Thomas handled the scripting duties and that shouldn’t get lost in the shadow of the spectacular art by Denys Cowan and Bill Sienkiewicz (along with the colors by Chris Sotomayor).