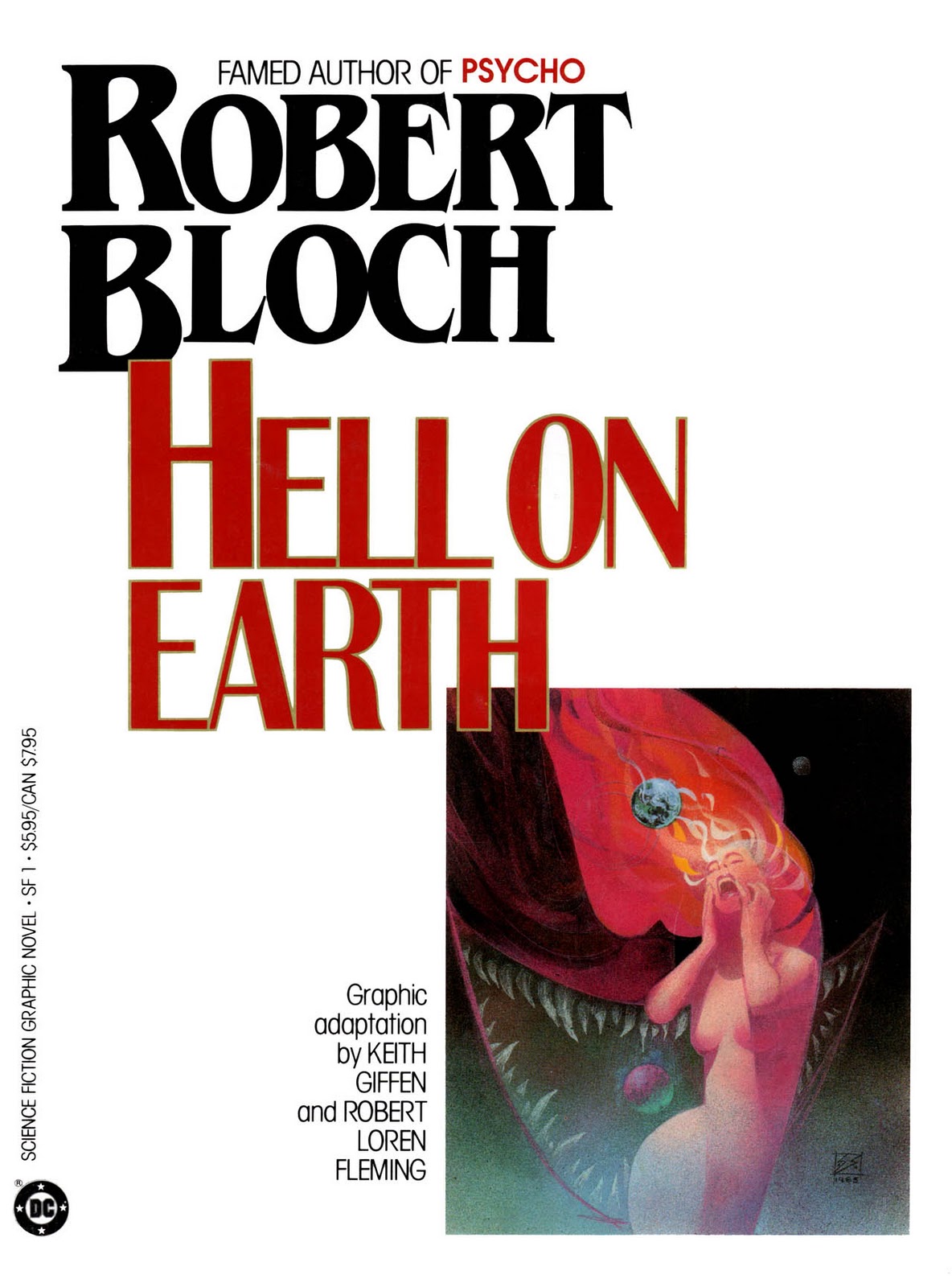 “Brother, just show me the money and tell me when the next train leaves,” replies struggling writer Guy Roberts.

That’s the opening salvo of Hell on Earth, alternately known as DC Science Fiction Graphic Novel #1. Published in 1985, it’s based on Psycho author Robert Bloch’s short story of the same name, which originally appeared in the May 1942 issue of the pulp magazine Weird Tales. It was adapted by writer-artist Keith Giffen (Ambush Bug) and writer Robert Loren Fleming (Thriller).

The DC Science Fiction Graphic Novel line was the brainchild and last official DC project of veteran editor Julius Schwartz, architect of the Silver Age, and would eventually include seven original graphic novels, of which this was the first.

The story is told almost (but not quite) exclusively in 16-panel pages, which together force the reader to dive deep into the story. Giffen was transitioning to a more abstract style that most traditional comics could afford, but it worked for this outing.

The American version of the European graphic album format was in its heyday in the 1980s, and DC’s attempt to give it a more literary feel was a very interesting experiment. Now, as collectors begin to realize the relative rarity of high grade copies of many of the graphic novels, interest is definitely being revived.