RETRO REVIEW: Cobb: Off The Leash 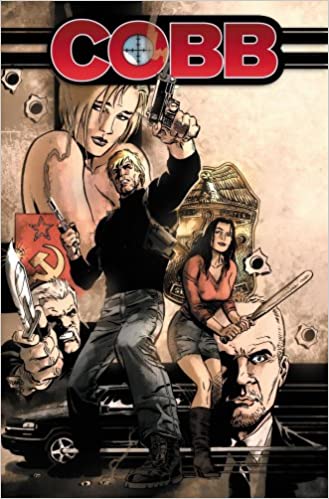 When Cobb first appeared, his adventure in the three-part Cobb: Off The Leash grabbed us, put us in a chair, slapped us around a bit, and made us confess to things we never actually did. In other words, it was a really great comic book story.

In other other words, it had writer Beau Smith’s name written all over it.

If you’ve read the miniseries or the beautiul, magazine-size collected edition, you know that in Cobb there isn’t much in the way of posing, there aren’t any stupid catchphrases, and the action isn’t over the top. Instead, what readers got was a well paced story packed with pragmatic bad guys in the form of Russian mobsters, relentlessly solid good guys who don’t have a lot of contrived angst for doing the right thing, and circumstances spiraling out of control when the two sides meet. The action was spectacular, but not unbelievable. Likewise the plot, and Cobb and his friends are people you would definitely want to have your back in a fight.

For those who expect Smith to tread over the same ground he covers in Wynonna Earp, think again. In a career marked by diverse characters from a variety of publishers ranging from The Black Terror at Eclipse Comics to Guy Gardner at DC, he has established himself as one with a distinct take on things. Whether he’s been working on someone else’s properties or his own, the only similarity between them is a certain rough and tumble directness, a straight forward honesty akin to John Wayne’s Rooster Cogburn in True Grit.

That said, even Smith’s diehard fans might not find themselves ready for Cobb. Matched with the fluid linework of the late and dearly missed artist Eduardo Barreto, the writer has poured himself and his sensibilities into this story and the results are outstanding, a real page turner of a read.

It’s one that could easily make the leap to the small screen with its basic honesty intact. When it was optioned several years ago, we had high hopes (in truth we still do), but don’t sit around waiting for Hollywood to stop making idiots of themselves. Get the three-issue miniseries or better yet the collected edition. It’s a joy to behold.