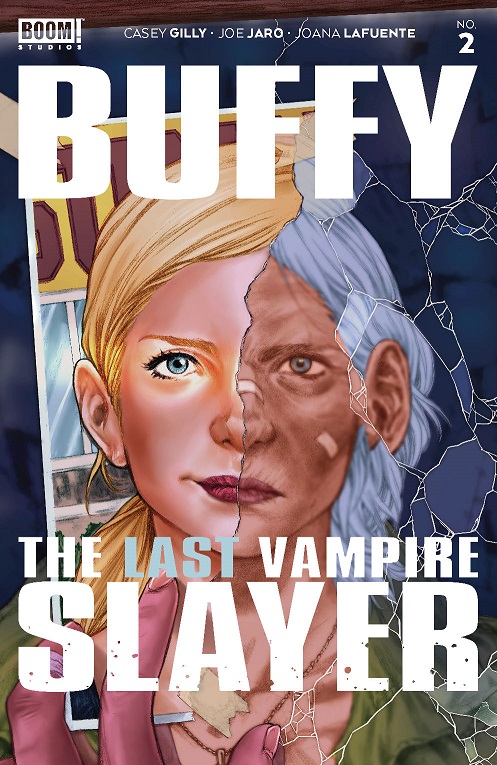 What happens when a vampire slayer lives well beyond her life expectancy? That is one of the main questions in Buffy The Last Vampire Slayer. Set in an alternate timeline where the sun has lost some of its power, vampires can walk in the daylight. They have forged an alliance with humans to coexist, which doesn’t sit well with Buffy who is now in her 60s and the only Slayer left.

A whole lot happens in the second issue, starting with the arrival of Tara and Willow’s daughter Thessaly. As Buffy tries to figure out what to do with the 12-year-old kid, Thessaly explains what’s been happening in her life and why she’s on Buffy’s doorstep. Complicating things even more, there’s an organized group of magic users planning an attack on the Last Slayer.

Two issues in, and this story by Casey Gilly is standing out among the Buffy comics at BOOM! Studios. The “what if Buffy lived long enough to be an old Slayer” question is a good one that is thoughtfully answered in this miniseries. There’s sadness in the losses of main characters, but some familiar faces are still around. The story is also moving along nicely by providing nuggets of details about Buffy’s life and giving her plenty of threats in the supposedly peaceful world of humans and demons.