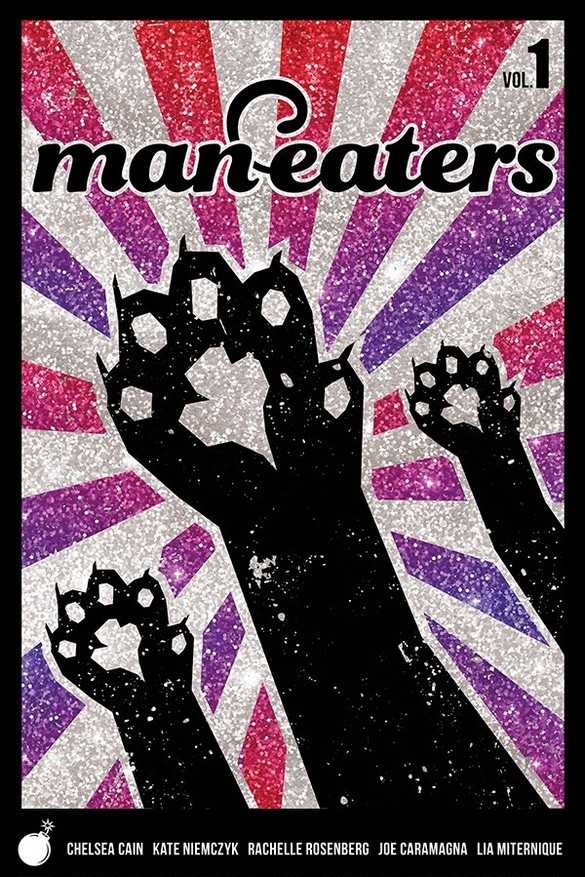 Teenagers can be terrible, selfish, and hormonal. In Maneaters, writer Chelsea Cain and artist Kate Niemczyk take that to a whole new level.

A mutation has occurred in the human population, specifically to teenage girls when they begin menstruating, that is turning them into large cats. Not big versions of the cute, fluffy housecat, but rather full-sized panthers with a taste for human flesh. This has necessitated the creation of special medicines and hormones to stop women from menstruating, as there’s no way to tell which young lady will become a killer cat. It also means the creation of a special law enforcement unit and segregationist attitudes toward women.

This is a weird one, plain and simple. The book dips into serious subject matters, the major one being sexism, but it’s comical rather than heavy handed with plenty of topical zingers, cheeky innuendos, and sly jokes. Cain and Niemczyk work well together, with the tonally perfect artwork enhancing the comedy and emotions of the book. It’s also filled with some outside the box real photo art, including an entire issue packaged as a boys’ magazine on surviving big cats.

The first four issues of Maneaters are available in this trade paperback and they do not disappoint.