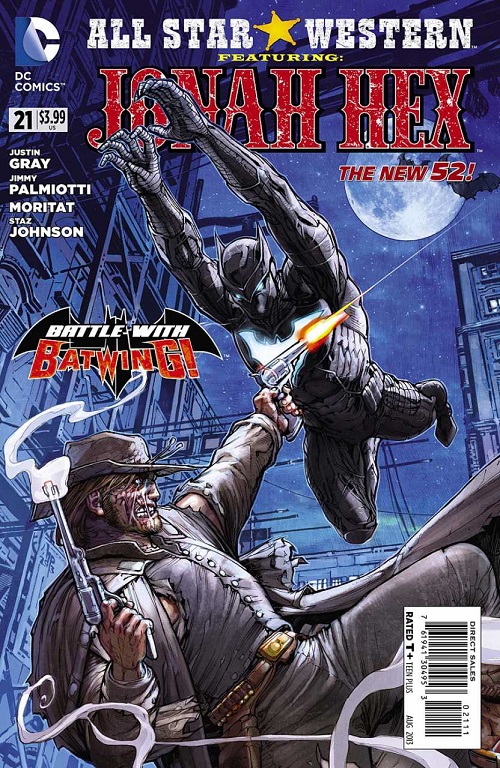 First, they teamed him with Booster Gold and somehow made it work. Then writers Jimmy Palmiotti and Justin Gray and artist Moritat transported Jonah Hex to his future (or our present) and they make that work, too. As much of an accomplishment as this is, it’s not really that surprising, particularly for Palmiotti and Gray.

Their tenure writing Jonah Hex’s adventures lasted through 70 issues of Jonah Hex, the original graphic novel Jonah Hex: No Way Back, and 35 issues of All-Star Western. In the first series, they showed that the single-issue story was not only alive, but that it could still thrive in the age of trade paperback collections.

In their second series, they not only continued to craft compelling stories about Hex, they added a whole slate of original back-up stories set in roughly the same era, making the title one of the best regular reads of DC’s New 52. The consistency of their quality – and that of Moritat and the back-up features’ artists – has been astounding, even for those of us who like their work.

So, how did they take Jonah Hex and have him square off against Batwing and make it work? We don’t know, but the secret just might be that these guys know their bounty hunter better than anyone in comics.