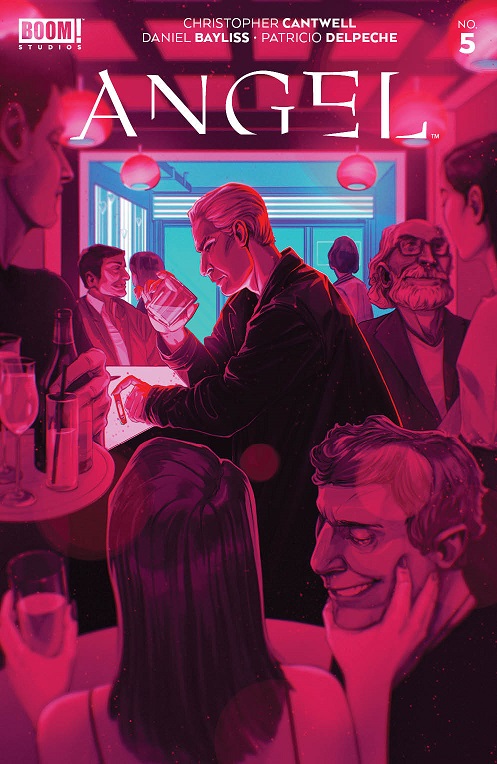 The new Angel series takes place in an alternate reality where Angel and Cordelia star in a TV show about a vampire detective, Gunn is Angel’s agent, Fred is a vampire slayer, and Wesley has become a zombie. Holtz, Angel’s old enemy, has skipped into their universe on his never ending quest to kill Angelus. His appearance comes with some dark information from other universes and a turning point conflict between the ensouled Spike and Fred.

This series has some significant differences than the regular one, but retains a lot of the relationship dynamics and themes. In this issue, writer Christopher Cantwell puts the focus on what it means to be a vampire with a soul, who is also a champion, despite often being second guessed and ridiculed. The story is going in an interesting direction with practical “what ifs” and interesting scenarios.