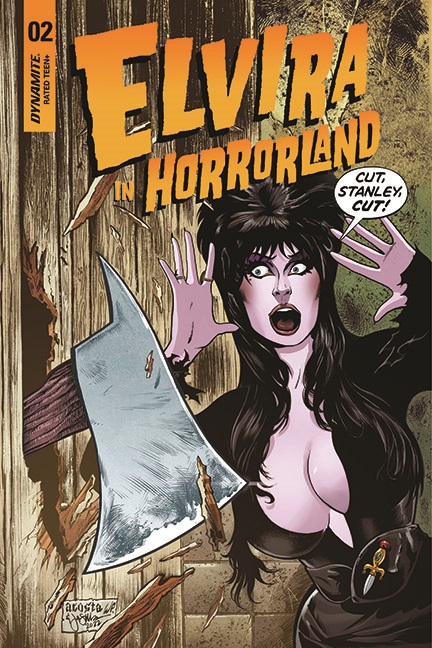 Elvira was pulled into a stream of pocket dimensions where movies are real and she needs to find a magical remote control to find her way home. First, she survived an encounter with a Norman Bates type of guy at Blochs Motel, and now she’s facing the unhinged Nick at the Overcooked Hotel.

David Avallone deserves a chef’s kiss for this issue (and the series so far) of Elvira in Horrorland. Elvira explores the Overcooked Hotel while interacting with characters based on The Shining and it’s like a candy dish full of pop culture references, movie quotes, and Easter eggs. Avallone clearly knows his movies and the series reads like a tongue in cheek love letter to film.

Artist Silvia Califano and colorist Walter Pereyra recreated the Overlook Hotel and its doomed cast of characters but with more comedic than sinister energy. The only downside of this issue is that it’s not longer.