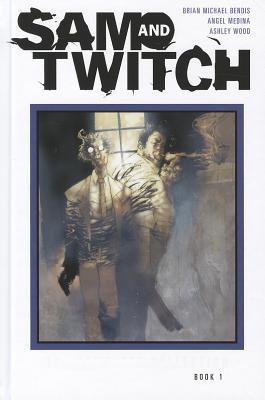 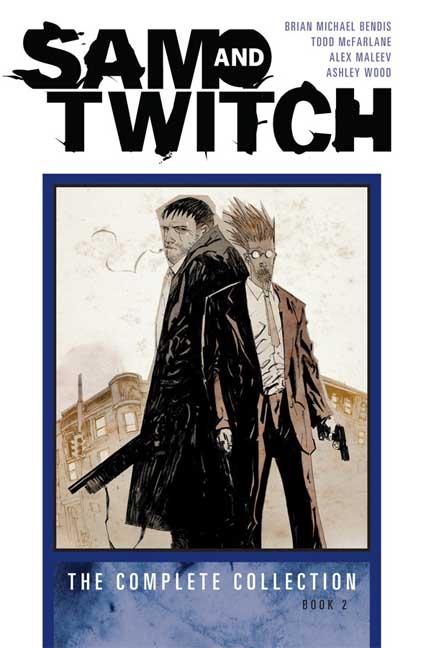 Back before Ultimate Spider-Man and The Avengers and The New Avengers and The Dark Avengers… Back before Spider-Woman, Moon Knight, Brilliant, and Takio… back before he bolted Marvel Comics for DC, and then departed DC for Dark Horse, Brian Michael Bendis wrote crime comics.

His earlier works such as Goldfish (originally A.K.A. Goldfish), Jinx and Torso weren’t always perfectly executed, but they had a unique voice and they were through-and-through breaths of fresh air.

It was to that Bendis, back in 1999, more than 12 years removed from the prolific Marvel writer we know today, who Spawn creator Todd McFarlane handed two of his supporting characters, NYPD homicide detectives Sam Burke and Maximilian “Twitch” Williams.

McFarlane wanted to establish them as their own men rather than always having them in the shadow of Spawn, and he chose wisely. Bendis did not entirely remove the supernatural aspect of the crimes they investigated, but he infused the series with the down-and-out feeling of two honest cops in a crooked world, an us-against-them mentality that took what was already known about the characters and added to it rather than wrenchingly changing it.

The first story arc, “Udaku,” set the pace for what was to come. Much like when Frank Miller became the artist on Daredevil and within a year the thought balloons were gone, in a matter of mere issues Sam and Twitch were firmly reestablished.

The teaming of Bendis with artist Alex Maleev took place in Sam & Twitch #15, which is in Book 2 of this collection. Together they would, of course, go on to put their distinct stamp on Daredevil at Marvel, where they have also collaborated on Halo, Spider-Woman, Moon Knight, and their creator-owned Scarlet. Here, though, it is fun not to just enjoy their work, but to look how quickly they really start clicking.

Their arc in the second volume gets to the rough-and-tumble best of Sam & Twitch as they team-up with Bendis’ bounty hunter Jinx. It’s awesome stuff and should have been the start of a great run on this series together, but it was not to be.

The second volume concludes with an arc written by McFarlane himself. Although it wasn’t planned way in advance and although there were long delays between some of the individual issues, in this hardcover form the jump between McFarlane and Bendis is far less jarring than it was at the time they were originally published.

These books are beautifully produced and whether you read the stories the first time around or are just discovering them now, they get our highest recommendation.

After these two great volumes, we continue hoping that the follow-on series, Casefiles: Sam & Twitch, particularly the excellent story arc by Marc Andreyko and Scott Morse, will get a similar deluxe treatment.