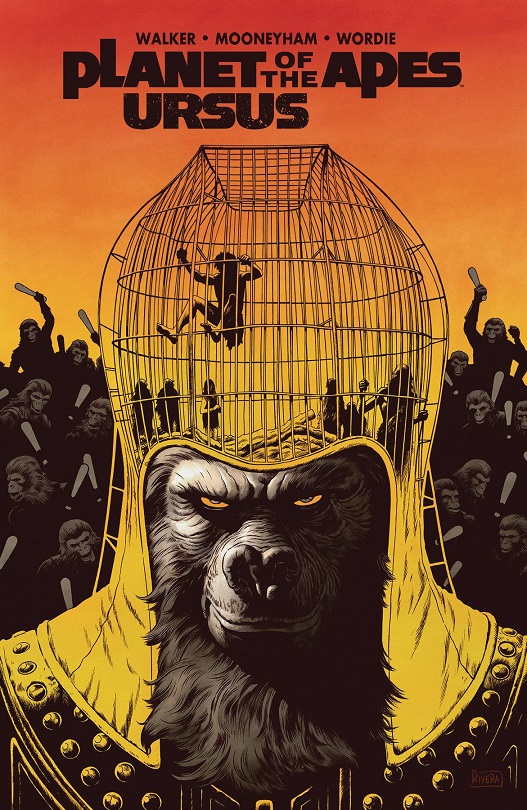 With the recent announcement that the license for Planet of the Apes is returning to Marvel Comics, where it first debuted in the 1970s, it seems like a great time to look back at BOOM! Studios tremendous stewardship for the franchise in comics.

With the exception for a couple of one-shots, which were just good, virtually every POTA project to which they turned their attention was superb. It sets a tremendous standard to which Marvel must live up. One of the high marks for BOOM! was Planet of the Apes: Ursus, originally a six-issue mini-series and later a trade paperback collection by writer David Walker (Luke Cage) and artists Christopher Mooneyham (Five Ghosts) and Lalit Kumar Sharma (Witchblade).

Taking a character as clearly defined as Beneath the Planet of the Apes’ General Ursus (portrayed in the film and distinctively voiced by the late James Gregory) and adding layers of complexity without altering what the reader or viewer already knows is difficult work, but clearly Walker and company were up to the task. They give us a compelling back story that entwines things from the films and from BOOM!’s own prequel comic book efforts, and they build it into a complex narrative that ends up where it had to… but leaves you wishing it didn’t.

A tremendous job by all involved.