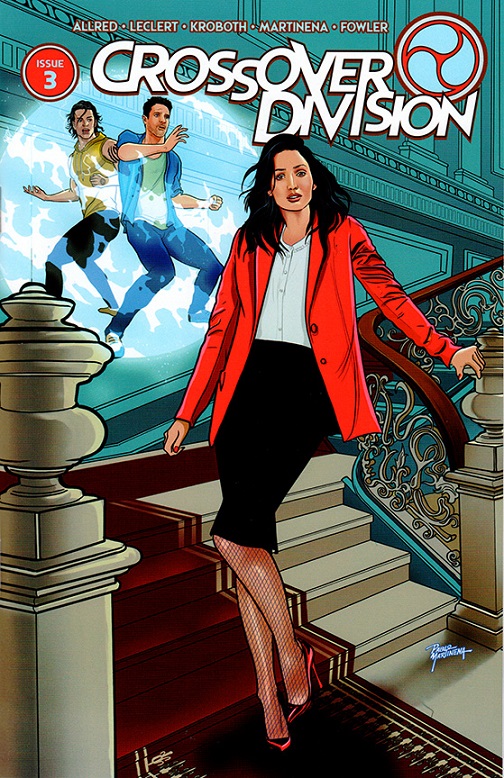 Not too long ago, creator/writer Will Allred (Diary of Night) launched his crowdfunded Crossover Division on Kickstarter, and the results thus far have been compelling. In the series, characters and stories from the fictional world are leaking over into our realty, and the members of the Crossover Division are charged with stopping this collision of fiction and the real world (and for the record, Crossover Division falls under the auspices of the International Bureau of Weights and Measures).

In this third issue, the latest in the series, it’s William Shakespeare’s The Two Gentlemen of Verona is bleeding over from the fictional world. Allred mixes it with a strong element of mystery regarding the Crossover Division and its history.

The art by Alice Leclert and colors by Ryan Kroboth are lively and up to the task, and they serve the story well. The result is a solid, entertaining read that does what comics do best; it leaves you wanting more.