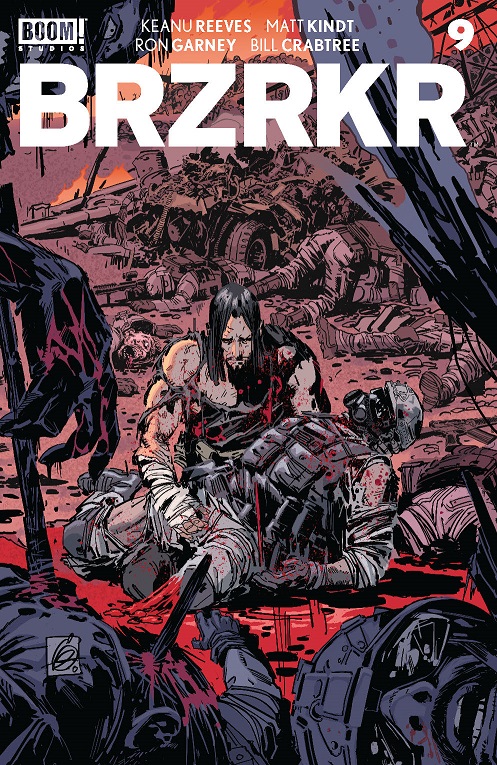 The final arc on the 12-issue BRZRKR comic begins here with carnage and chaos. The last issue took a science fiction turn when B. transformed into an energy being and entered the cosmos to find his biological father. It was also revealed that the government hopes to replicate B., turning him into an unstoppable army of clones. In this issue, B. makes some progress, but also faces more frustrations in his quest to learn about his biology and his anger comes out in a devastating way.

The violence in BRZRKR becomes mayhem in this issue, brutally rendered by artist Ron Garney and colorist Bill Crabtree. The story by Keanu Reeves and Matt Kindt has taken a surprising turn from the fantasy base to sci-fi elements, and though it’s surprising, it does make sense. According to BOOM!’s synopsis, in the last three issues B. will finally learn the long-hidden secrets from his past and Caldwell’s plans for him will become clearer.