Icon and Rocket: Season One 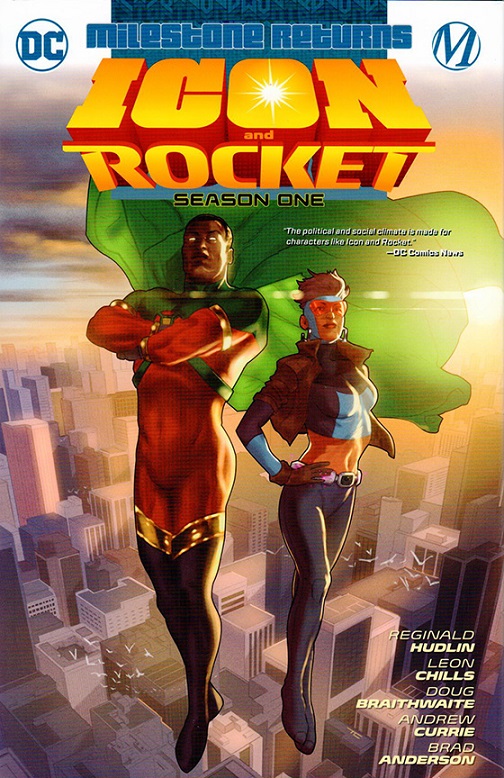 Writer Reginald Hudlin (Black Panther: Who Is the Black Panther?) and artist Doug Braithwaite (Universe X) had their work cut out for them right from the start with this one. Their very tough act to follow was the original 1993-1997 incarnation of the series. Mainly written by Dwayne McDuffie and illustrated by M.D. Bright, Icon was easily the most consistent and most consistently accessible of Milestone’s output back in the day.

While significantly shorter – just six issues – this modern run has likewise benefited from Doug Braithwaite’s consistent art, which gave it a beautiful, powerful look to go along with its compelling story by Hudlin and co-write Leon Chills. As a hardcover, it makes for one very nice collected edition. While I personally gravitate to Denys Cowan’s work on Hardware (both old and new), the combination of Braithwaite, inker Andrew Currie, and colorist Brad Anderson may have produced the most beautiful story arc ever seen under the Milestone banner.

The origin story itself is not distinctly different than the original version, but it does have some interesting twists and sets up some elements that are surely designed to be revisited later. The storytelling is brisk, with a lot packed into each individual issue. The series as a whole is definitely not wrapped up in deconstruction as are so many reboots.

The fun (for readers) really begins after Icon and Rocket start wiping out the suppliers of the worldwide drug trade. Suddenly all of the major governments want Icon’s head on a platter (some of them just look the other way, while others are actually involved in the drug business). All of them benefitted financially, so the CIA sends a very old foe of Icon’s after the duo.

Lots of action, great art, and some actual thoughtful discussions make this story definitely worth checking out!