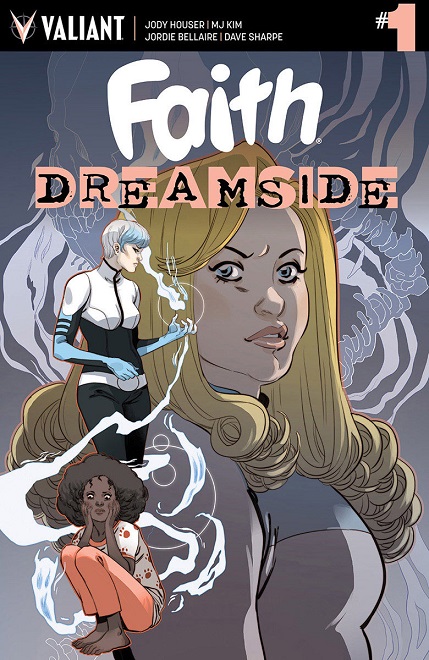 Faith Herbert, aka Zephyr was living in Los Angeles when a group of her enemies framed her for murder. Now, she’s hiding behind her alter ego, Summer Smith, waiting for a chance to clear her name and reclaim her superheroine status.

In the new miniseries, Faith Dreamside, she is back to work, but also frustrated that she can’t openly help people. But when someone is in dire need of help, she can’t resist saving the day – which puts her back on the cops’ radar. And then there’s another kid who needs superhero help. All in a day’s work.

Jody Houser is back to writing Faith giving us a likeable brave heroine who is also a pop culture dork with weird problems. That’s one of the fun aspects about her comics. Most superhero stories go straight to the life or death action, but Faith takes detours into the personal repercussions of secret identities and being a superheroine.