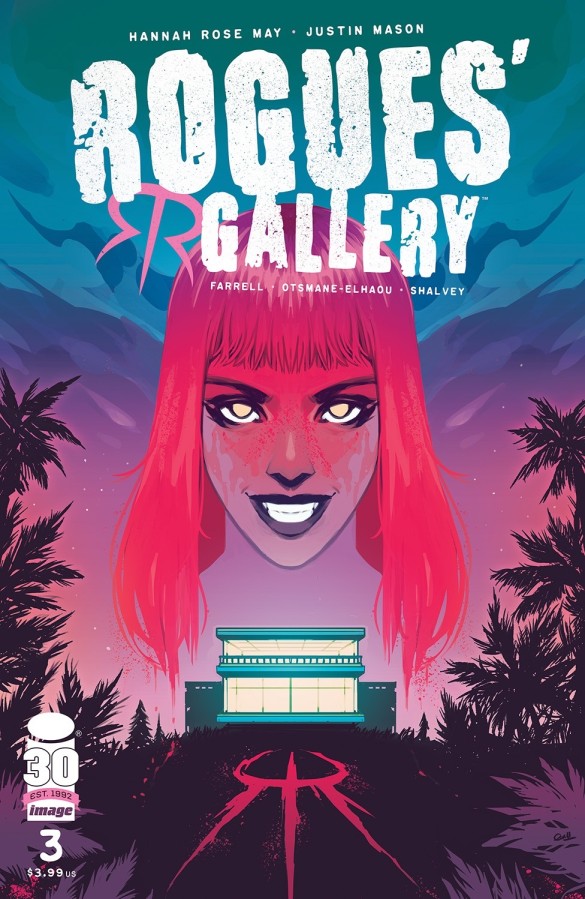 Rogues’ Gallery introduces Maisie Wade, an actress who portrays comic book heroine Red Rogue on a very popular TV show. But when the show veers off the comic storyline, a group of angry superfans put their frustration on the series’ lead actress.

The first issue was all about the fans venting to each other and setting up a plan to break into Maisie’s home in retaliation. Issue two switched POVs to see how Maisie deals with the pressure of her job and that of the fans. In the penultimate issue of the four-issue miniseries, the superfans have crossed the point of no return and Maisie is now facing Red Rogue’s villains in real life.

Rogues’ Gallery is about fandom gone too far. Writer Hannah Rose May explores how devotion to a fictional world can turn fans obsessive, and in this case dangerous. It has the toxic side of fandom we’re all too familiar with – the constant onslaught of negative comments on social media – but goes further into a home invasion horror story. On the art and colors, Justin Mason and Triona Farrell, respectively, give the book a cinematic tone with dramatic panels of the setting and shadowy closeups of the raw emotion.

It’s a great book on many levels.