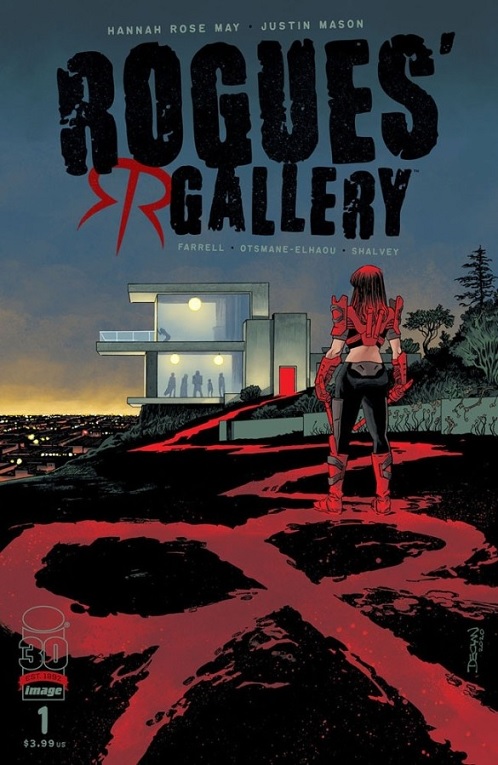 Rogues’ Gallery introduces Maisie Wade, an actress who portrays comic book heroine Red Rogue on a very popular TV show. But when the show veers off the comic storyline, a group of angry superfans put their frustration on the series’ lead actress.

In the first issue, Red Rogue’s fans work themselves up into a lather about the disappointing show, blaming Maisie for every fault they find. The second issue changes to Maisie’s perspective as she deals with the pressure of the job and its overbearing fans. Then things get really dark for the remainder of the four-issue miniseries as Maisie must become Red Rogue to fend off the fans – who are cosplaying as Red Rogue’s villains.

Rogues’ Gallery is equal parts indictment of toxic fandom and home invasion horror story. Writer Hannah Rose May breaks down the way that passionate devotion can turn into dangerous obsession with Red Rogue’s so-called fans going from posting negative content online to actually breaking into her home. May’s insightful writing is complimented by the art of Justin Mason and colors of Triona Farrell who provide the frightening elements with cinematic shots and liberal usage of black and red.

The miniseries is really good.