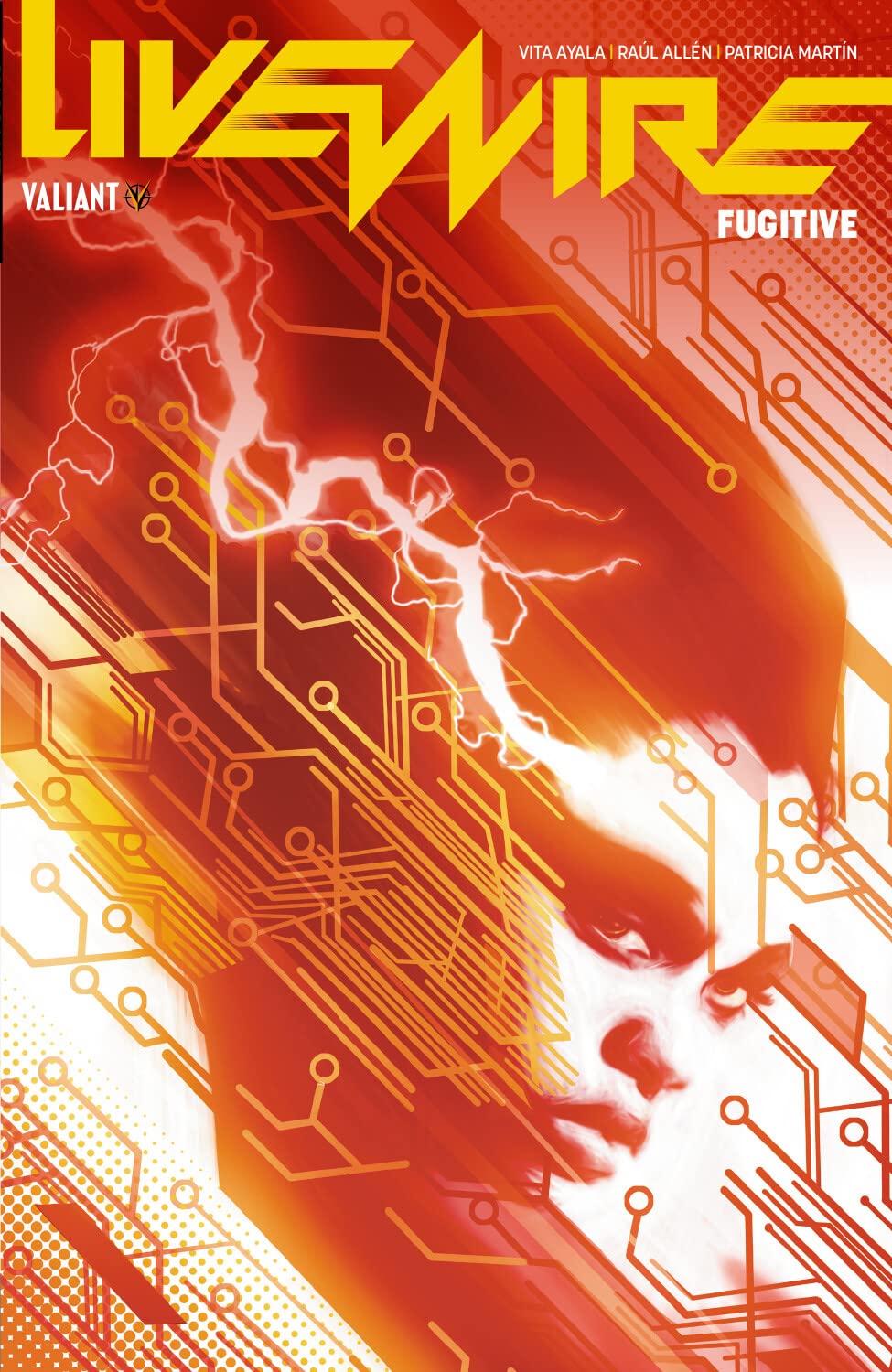 Amanda McKee is Livewire, superpowered psiot with teletechnopathic abilities who can access and control anything in the digital world. She never had aspirations to use her abilities for power, but when the US government started targeting psiots she took extreme action, temporarily crippling the entire country. Now, she is repairing some of that damage while on the run as a worldwide fugitive.

The US is still in the thick of the aftermath that Livewire caused. As she works to repair some of that damage she also seeks to reconnect with Avi, Owen, and Nikki – but that doesn’t go quite the way she expected either. Their reactions make her take a deeper look at her actions and the consequences. Can Livewire redeem herself? Does she think she needs to be redeemed?

Vita Ayala did a very good job of opening the limited series in this four-issue trade paperback. Livewire’s actions were extreme and though she felt she was doing right, now she’s seeing the monumental collateral damage. It’s the type of story that isn’t explored that often in superhero stories because it’s messy. Right now Livewire isn’t even the heroine of her own book, which leads to the question of how she can improve the situation.

The art by Raúl Allén and Patricia Martín is also beautifully done. It’s focused and expressive, concisely capturing the characters’ emotions. They also use some nice techniques to feature Livewire’s abilities, which is crucial for the title.