Search
The Flight of the Raven 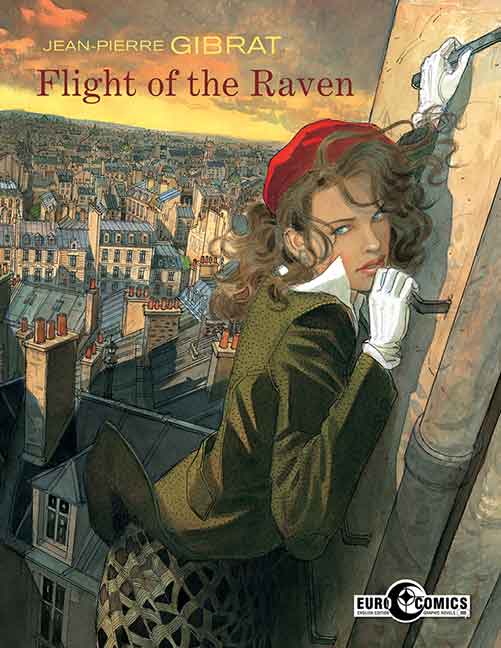 Unlike the epic Corto Maltese saga by Hugo Pratt, when EuroComics editor Dean Mullaney announced Jean-Pierre Gibrat’s Flight Of Raven, most on this side of the Atlantic had never heard of it. Thanks to Mullaney, his team, and IDW Publishing, that glaring oversight has now been corrected.

This beautiful illustrated original graphic novel is stunning. Set in the waning days of the German occupation during World War II, it’s the story of Jeanne, a French Resistance fighter named Jeanne, and François, a cat burglar, who helps her attempt to rescue her sister from the Gestapo.

The ambiguous world of French politics during the occupation serves as the muddy ground on which the story is staged, and Gibrat’s use of Parisian rooftops and even the river Seine makes Paris more than just the setting of the tale. Instead, like the shifting political sands, it’s a vibrant story element itself.

It’s impossible to take a serious look at this book without commenting on the color, which is another vital component in the storytelling. The bright, sunny days suggest that the world doesn’t change too much for the approaching storm of the Allied invasion. The firelit nights keep the story close and personal. It’s an amazing combination.

If you’re looking for a strong heroine, a solid story, and beautiful art, look no further.