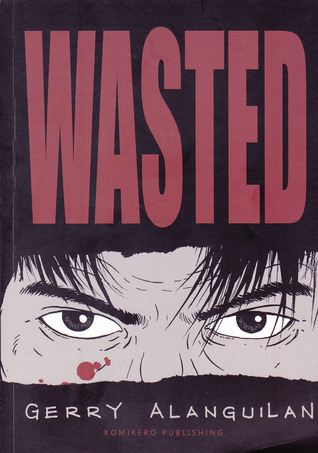 Filipino comic book writer-artist Gerry Alanguilan, best known for his creator-owned series Wasted, passed away in December 2019 at the age of 51. His wife, Ilyn confirmed his passing on Facebook saying in part: “to everyone who has loved Gerry, thank you very much. You brought him so much joy.” His cause of death was not disclosed.

Born in 1968 in San Pablo, Laguna, Alanguilan’s first self-written comic Wasted was originally only intended for his friends to read. The comic tells the story of a down on his luck musician who loses everything and embarks on a rampage in the city looking for twisted justice. Alanguilan later published the comic in 1994 in the Philippines, and but the title’s popularity eventually spread to the United States.

More recently, Alanguilan created the autobiographical webcomic called Crest Hut Butt Shop and reunited with Yu on the art for Mark Millar’s Supercrooks. Outside of comics, Alanguilan is also remembered for his 2009 YouTube video “Hey Baby” which sees the creator making lecherous facial expressions for one minute. The video went viral and was featured on Tosh.0 and Russell Howard’s Good News, along with several clips being used for memes and gifs.

“Saddened to learn of the passing of Gerry Alanguilan,” Marvel Editor-in-Chief C.B. Cebulski tweeted. “Another wonderful person taken from us too soon. An amazingly talented writer and inker, mentor to younger artists, and advocate for global comics, the comics world, and Filipino art community lost a friend and hero today.”

Alanguilan is survived by his wife.