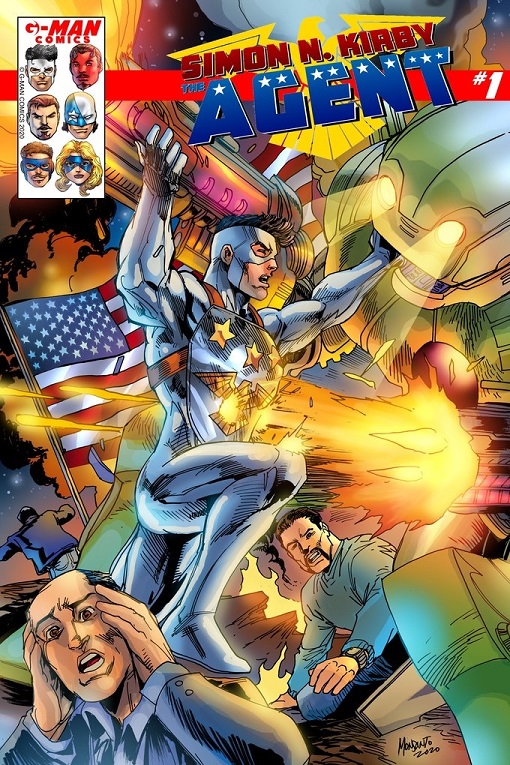 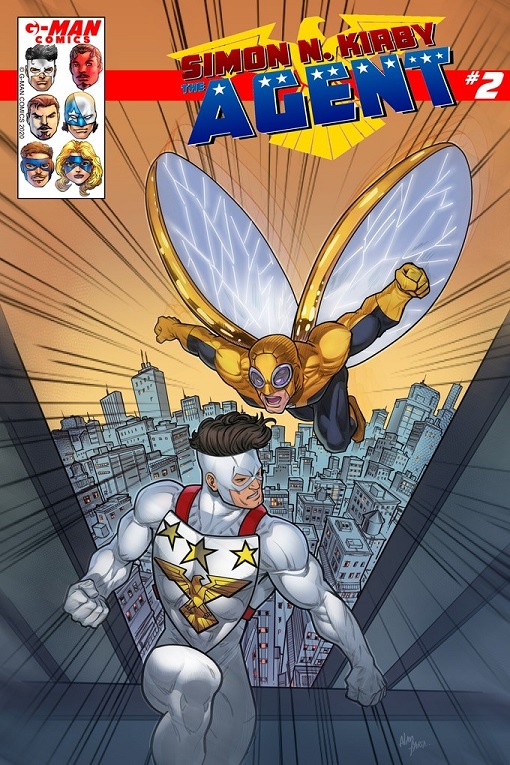 G-Man Comics is launching with the first two issues of Simon N. Kirby, The Agent. The project is now seeking backers on Kickstarter and has already more than quadrupled the goal.

The comic comes from Rik Offenberger, comic book journalist and co-author of the MLJ Companion.

“The Agent is the story of FBI Agent Simon N. Kirby and the world of G-Man Comics. In his world, all superheroes are registered with the government. As part of the Super Hero Registration Act, superheroes may be pressed into service to protect their country as needed. Simon N. Kirby is the man in charge of the FBI’s superhero team, the G-Men. It operates in a ‘mission impossible’ style, where he selects the right agents for the right mission,” the Kickstarter description reads.

In the first issue, the Agent comes up against a giant robot named Vanguard, will deal with Ghost Guns, and it’ll touch on conspiracies like the possibility that there is no gold in Fort Knox. The second issue sees the Agent battling Murder Hornet, who is registered as a superhero but is actually a white supremacist using his abilities to harm people of color.

“When I started developing this project over a year ago, I wanted to push the boundaries between an antihero and a villain; however, the story has become more topical as perceptions and boundaries in the real world have developed. It’s a story that’s relevant today more than ever,” Offenberger wrote on the campaign.

Pledge levels start at a $5 for digital copies of the first two issues, up to $150 or more for both comics, six digital covers, six print covers, three t-shirts, three mini-posters, the 2020 G-Man Comics handbook, and the trading card set.

The project is open for backers on Kickstarter until August 31, 2020.