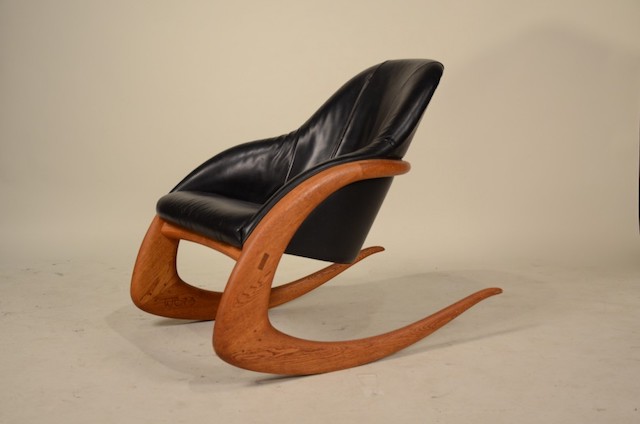 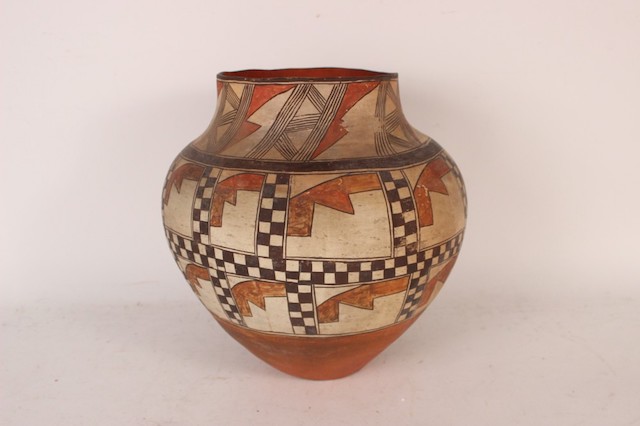 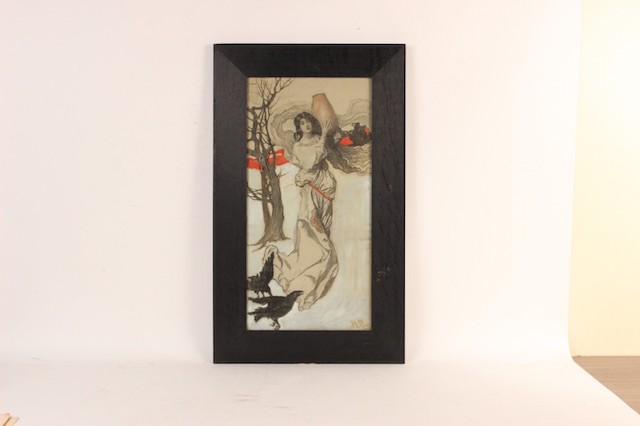 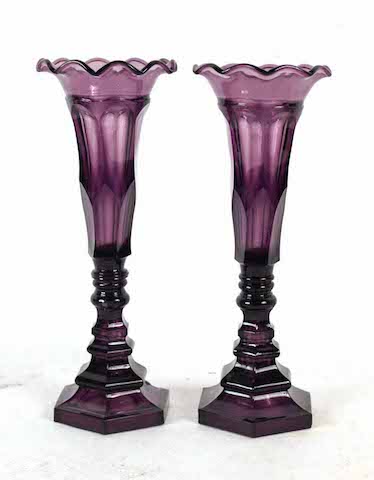 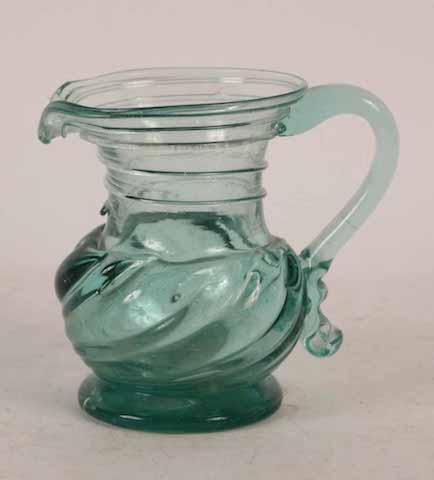 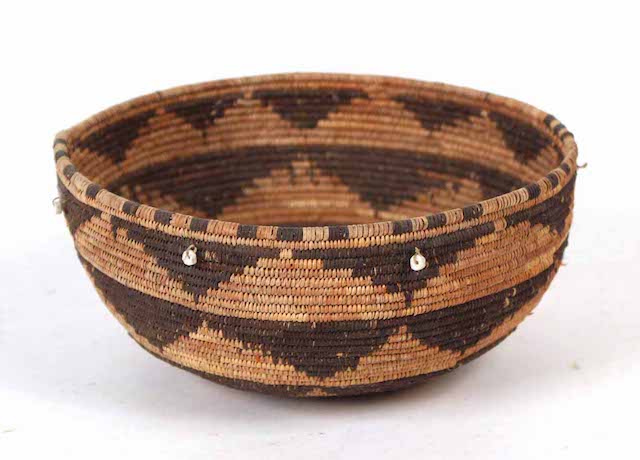 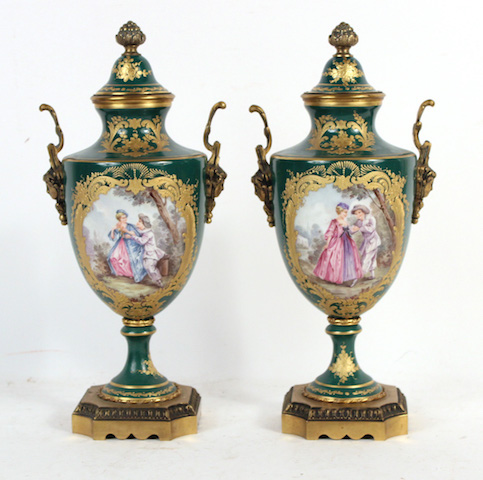 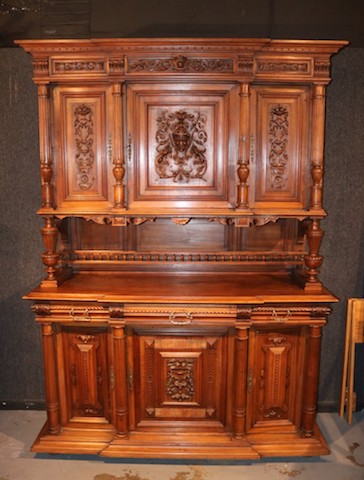 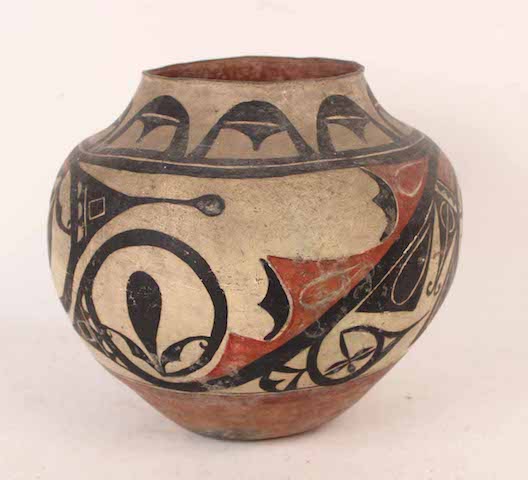 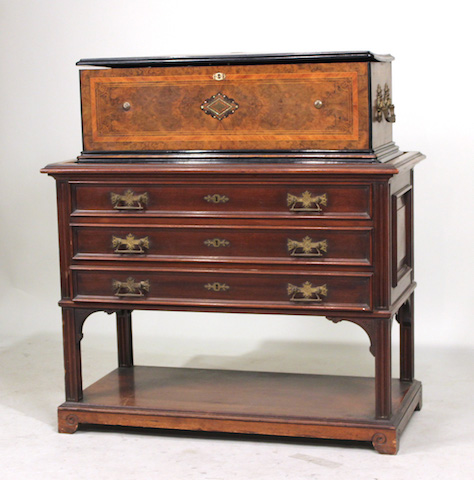 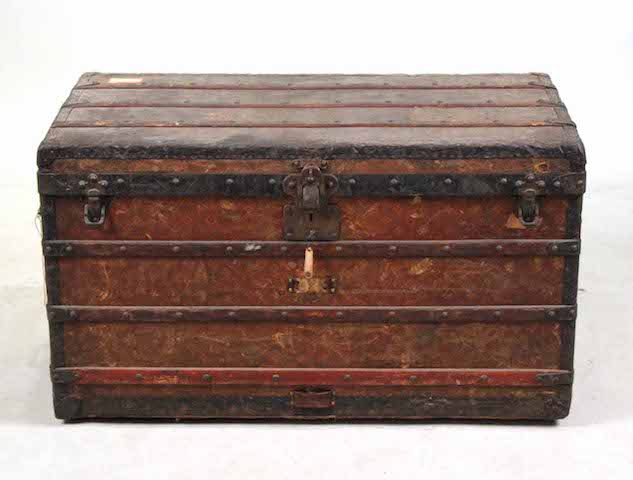 Items from the estate home in Cold Spring Harbor, Long Island known as “Wawapek” – the Queen Anne-style residence of the de Forests, a family so deeply rooted in New York history it dates back 300 years to the days of the early Huguenot settlers in Manhattan – will come up for bid in a two-day sale planned for July 25-26, 2018 by Nye & Company Auctioneers.

The auction will be held in Nye & Company’s gallery, located at 20 Beach Street in Bloomfield, NJ. The full catalog is available for viewing now, at www.nyeandcompany.com, as well as on the internet bidding platforms LiveAuctioneers.com and invaluable.com. The Wednesday, July 25 session will have live and internet bidding, while the Thursday, July 26 session will be internet only.

Many of the items in “Wawapek” – a stately Gilded Age mansion built in 1897 and occupied by the de Forest family up until this year – will be in the sale, to include yachting trophies, Native American pots and baskets, American glass, and European and Mexican pottery (some of which was exhibited at the Metropolitan Museum of Art, where Robert de Forest served as president).

Also from the de Forest estate will be numerous period furniture pieces (much of it New York in origin), steamer trunks (to include examples by Louis Vuitton, Goyard, and others), and even a rare and simple pine box that Tiffany & Company used as a shipping crate that bears their label. An aside: the de Forests were close friends with Louis C. Tiffany and called him “Uncle Louis.”

“A great deal of the de Forests’ collection was stashed away in ‘Wawapek’ and shows condition commensurate with being forgotten in the attic, but regardless, these items are a trove that’s rich in family lore and New York history. Robert de Forest, who built the home, was a major philanthropist and civic leader in New York City,” said John Nye of Nye & Company Auctioneers.

While the de Forest estate is the auction’s undisputed headliner, it’s not all that’s in the sale. Also up for bid will be original calendar art by Howard Pyle (Am., 1853-1911), signed “H. Pyle” lower left and depicting a woman with a jug and ravens, plus 11 loose calendar pages, to include the page being sold; and a pair of seven-light blackamoor torcheres (stands for holding lamps).

Also being sold, for fans of Bruce Springsteen and the E Street Band, are pieces of Baroque-style furniture that were previously in the wine room of the home of “Mighty Max” Weinberg (Am., b. 1951), the longtime drummer for the E Street band and bandleader for Conan O’Brien on both of O’Brien’s late night shows. The wine room is one of Weinberg’s favorite places in the home.

Furniture pulled from “Wawapek” will feature a Wendell Castle black leather crescent rocker, a Queen Anne gumwood kasten made in the 18th century in New York (possibly Long Island), a circa 1815 Neoclassical mahoganized recamier (fainting couch) probably made in New York, and a Continental inlaid walnut music box on a stand, in working condition with extra cylinders.

Native American objects from the de Forest estate will feature a pair of fine Trios (or Zia) polychrome storage jars, an oval Pomo basket with shell decoration and a Southwest Indian coil basket, circa 1900, with geometric four-point stepped star design. Also sold will be a large size Gothic doll house, a Larchmont Yacht Club 1913 season picnic hamper and an oil on canvas portrait of Cornelius Van Tromp (1620-1691), with an illegible inscription and “Amsterdam”.

The de Forest family’s U.S. history can be traced to Jesse de Forest (1576-1624), the leader of a group of Walloon Huguenots who fled Europe and religious persecution. They emigrated to New York, where de Forest’s plan was to found New-Belgium, so the group could peacefully practice their Reformed Protestant Christianity. He sought permission from the Dutch to establish a colony in what is now New York City and was granted permission in 1624. That year a group of sixty families of Walloons and Dutch Protestants settled in what they called New Amsterdam.

Fast forward to Robert W. De Forest (1848-1931), Jesse’s descendant, who was general counsel for the Central Railroad from 1874-1924 and director of the New York & Long Branch railroad, All-America Cables and the Metropolitan Life Insurance Company. He was New York City’s first Tenement House Commissioner and became the president of the newly formed National Housing Association of New York in 1910. De Forest was also president of the American Red Cross, the Russell Sage Foundation and the Metropolitan Museum of Art (1913-1931). De Forest and his wife, the former Emily Johnston, built the American wing of the museum. Ms. Johnston was the daughter of the Met’s first president and co-founder, John Taylor Johnston (1820-1893).

John Nye had a long and fruitful career at Sotheby’s before he and his wife, Kathleen, acquired Dawson’s in 2003 and started Dawson & Nye. With the move to Bloomfield seven years later, they renamed the business to Nye & Company (Auctioneers, Appraisers, Antiques). The firm is nationwide, but the vast bulk of the business comes from trusts and estates in the tri-state area.

For more information about Nye & Company Auctioneers and the auction scheduled for July 25-26, visit www.nyeandcompany.com. The full color catalog is available for viewing here, as well as on www.LiveAuctioneers.com and www.Invaluable.com.