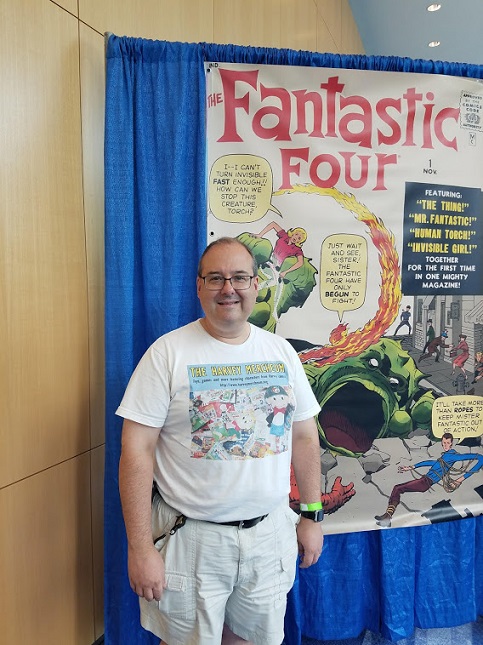 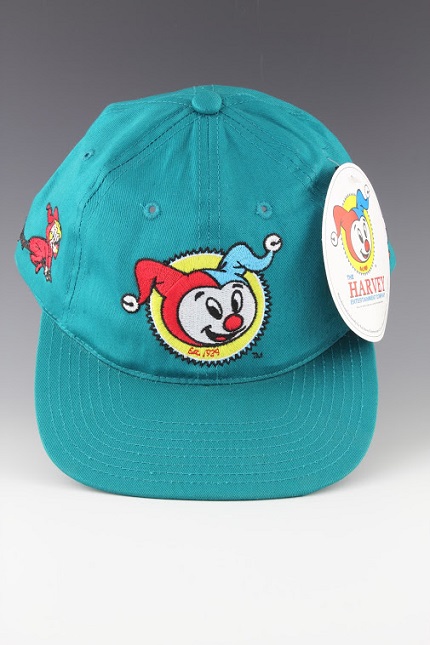 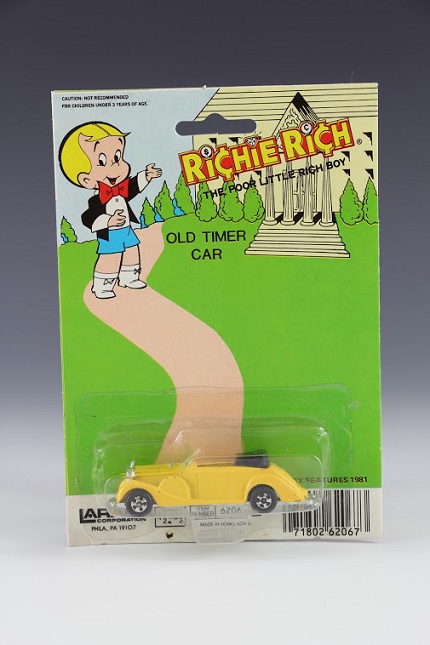 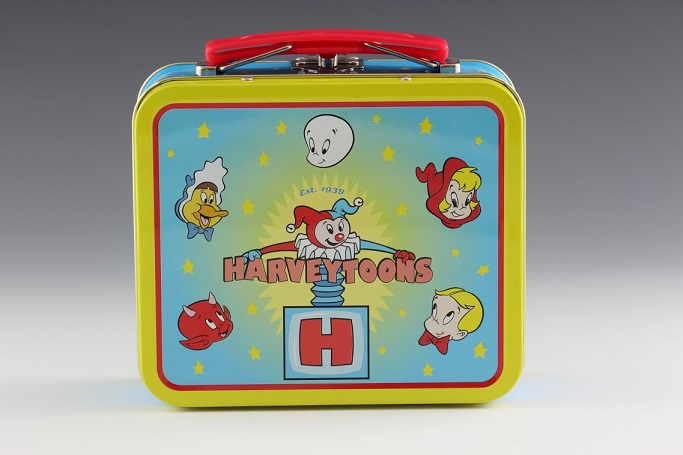 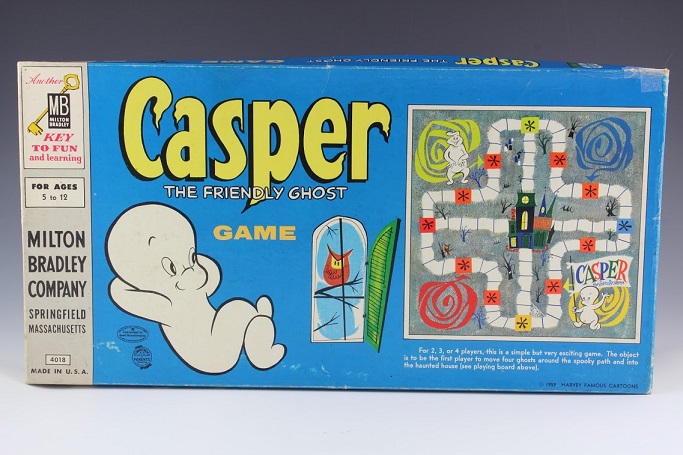 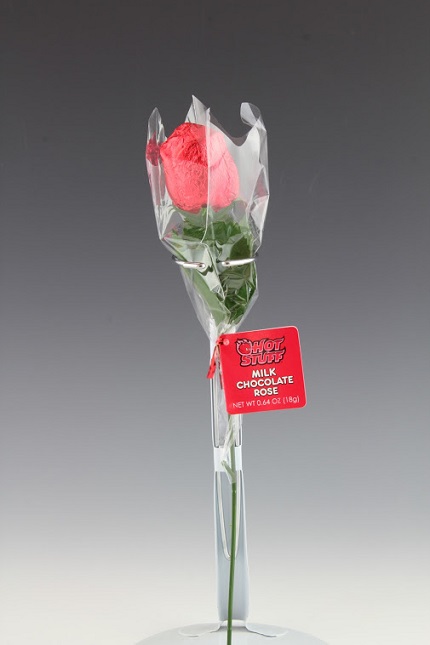 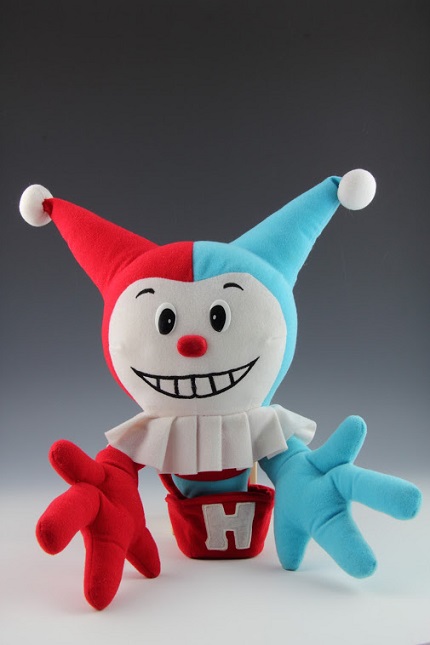 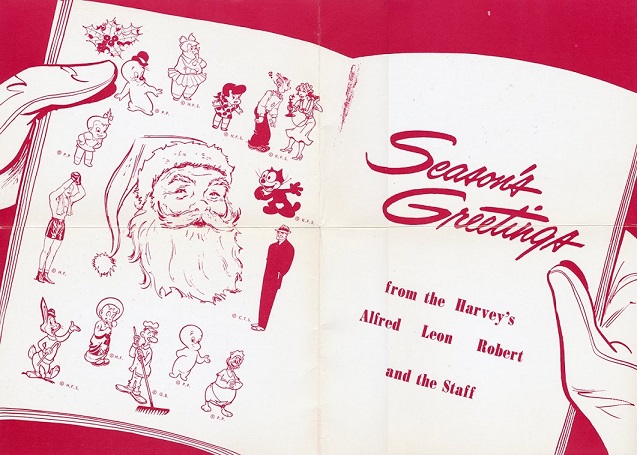 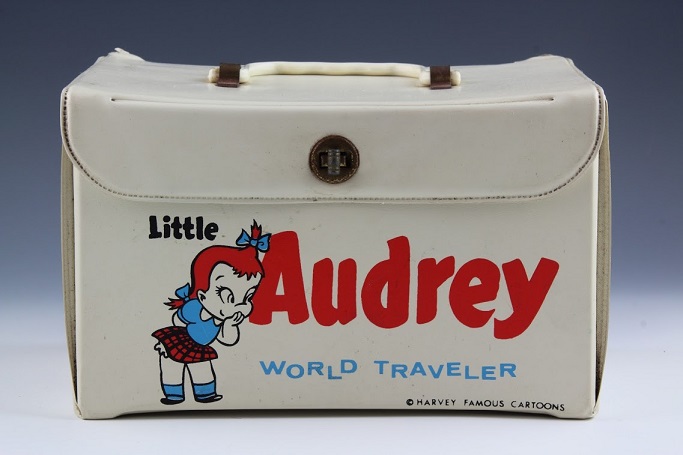 Since Scoop was created, we have featured hundreds of websites as our “Savvy Site” of the week, spotlighting collecting groups, fan sites, online comics, stores, and more. This week, Harvey Mercheum, which was a “Savvy Site” in January 2015, celebrates its fifth anniversary. Scoop caught up with Jonathan Sternfeld, the founder and curator of the Harvey Mercheum, to reflect on the past five years and see what’s on tap for the next five.

Scoop: Why do you think Harvey Comics has had such enduring popularity?
Jonathan Sternfeld (JS): Many people do not realize how long a history Harvey Comics had. Even characters such as Dick Tracy and Blondie and Dagwood were once published by Harvey! The formation of the Comics Code Authority encouraged Harvey to switch from war, crime and horror comics to comics about characters such as Little Audrey and Casper the Friendly Ghost. Harvey had acquired the rights to these characters from Paramount.

These characters were joined by others that were developed in-house, such as Little Dot, Little Lotta, Richie Rich, and more. A “house style” was developed by artist Warren Kremer under editor Sid Jacobson, and collectively these characters made up “Harvey World,” where crossovers could and did happen. It is these Harvey World characters that most people think of today when they think of Harvey Comics.

Note that the Harvey World characters are all children. Harvey did a very good job of creating comics for children by making them about children. The artwork is bright, colorful, and simple. The characters are quirky, easy to relate to, and easily recognized. The stories are fast-paced, fun, and exciting. In short, Harvey Comics are “good clean fun” in a way that nothing else has ever quite duplicated.

Scoop: What are your favorite things about running the Harvey Mercheum?
JS: Guest exhibits! I love meeting fellow collectors, finding out about their collections, and sharing stories about our common interests. Looking forward to the next five years and beyond, guest exhibits will become increasingly more important to the Harvey Mercheum.

Running the Mercheum has also given me a much deeper appreciation of my own collection. I feel like I am building something meaningful, rather than just buying things for the sake of owning them.

Running a website has also encouraged me to learn new technologies that I otherwise would not have been exposed to, and given me a place to try them. I now help run two other websites based on my experiences running the Harvey Mercheum.

Scoop: Can you elaborate on how those guest exhibits will become more important to the Harvey Mercheum?
JS: I hope that my audience will continue to grow, and as it does, that more new readers are inspired to contribute photographs of their own collections to be used in guest exhibits. Then, as more of the “common” bits of Harvey merchandise are acquired or posted as guest exhibits, what is left will become increasingly rare, possibly even unique. My posting of new exhibits will outpace my ability to acquire these rare items, so the only way they will be documented will be as guest exhibits.

Scoop: You mentioned that running the site gives you a deeper appreciation for your personal collection. Is that something you and/or guest exhibitors convey on the site?
JS: The real turning point was doing the in-depth look at the JA-RU rack toys. That is the kind of thing the casual collector would not think of doing, but took my appreciation for that segment of the collection to a new level. I am now seeking out other fun or interesting patterns in the rest of the collection. I will certainly post about anything I find!

Scoop: How has the site evolved over the past five years?
JS: As a computer programmer by trade, it is very important to me to keep up with changes in technology. I have changed the theme, some plugins, and even the hosting company the Harvey Mercheum website uses. The most recent change I made was to switch from HTTP to HTTPS to meet current recommendations.

Despite all of these changes, I have tried to maintain the look and feel of the website. There were several websites that inspired this look when I was in the design phase. Since then, they have either shut down or modernized. I still like the website as it is, but I acknowledge that I might have to modernize it sometime in the future.

More than the Harvey Mercheum website, I feel that I have evolved personally as a collector. I have grown from focusing on purchasing new items, photographing them, and documenting them to interacting more with fellow collectors, vendors, and people in the media. More than just cataloging all the examples of Harvey Comics merchandise I can find, I am now actively trying to promote “Harveyana” as a valid category of collectibles. In short, I feel I have moved from a “collector” to an “ambassador.”

Scoop: How is being a Harveyana ambassador conveyed on the site?
JS: While I intend to keep growing my personal collection, and adding exhibits to the Harvey Mercheum website, enough variety of items has already been posted to allow me to use it as a resource when talking about Harveyana with other collectors. From model cars to dolls to glassware, there is something of interest to collectors of just about any other type under the umbrella of Harveyana, and I can demonstrate that fact with the Harvey Mercheum website.

Scoop: Have there been any surprising discoveries, as far as toy collections, items you hadn’t known about, or one of a kind finds?
JS: Scarcely a day goes by that I do not discover some bit of Harveyana that I did not know existed previously. Shortly after starting the website, I started trying to purchase every new item I found, but very quickly became overwhelmed and had to scale back. I now rely more heavily on guest exhibits to fill in items I do not own.

Scoop: Can you elaborate on some of those discoveries?
JS: One thing that continues to surprise me about Harvey merchandise is not just the variety of items that were produced, but the variations on the items as well. For example, I found a pair of children’s leather boxing gloves with Joe Palooka depicted on them. After weighing their cost and condition against their rarity, age, and significance (the “curator” part of my self-given job title), I decided to add them to my collection. Not long after, I found another pair, black instead of brown, with silver printing. Why the change? Did they have to change manufacturers?

Then there was the Little Audrey travel cases. Over the years, I have acquired two – one round, one rectangular – with different art work. The construction is similar enough that I would say they are from the same manufacturer, although it is not printed on the cases. Design and setup costs are nothing new, and yet Harvey felt Little Audrey’s popularity merited two cases instead of one.

The situation gets worse with the more modern mass produced merchandise. Sticker sheets and inflatable toys such as bop bags, pool floats, and beach balls were made in a staggering variety of styles and colors. This is why an accurate, visual catalog of the different items is so critical. Especially when buying or selling, you cannot just talk about a Richie Rich bop bag, you need to show or mention whether it is the 15-1/2”, 24”, or 36” version, and whether it is blue, yellow, or green. Yes, Harvey made nine different Richie Rich bop bags when one would probably have sufficed. It certainly makes my job harder!

Scoop: I bet! Will you roll out special content for the fifth anniversary?
JS: I consider the exhibits to be the real content of the website. Exhibits include photos and a table of interpretive information, and the most special exhibits in my opinion are those with lots of photos. I have been thinking of other kinds of content, such as downloads, videos or infographics, but have not been able to come up with anything relevant to the mission of the Mercheum.

All this being said, I feel that the best bit of content I have created to date was the summary table of interpretive information for the JA-RU rack toys. And the corresponding blog post where I analyze the data and make some observations: “Big Data”: Analyzing the JA-RU rack toys.

I am considering trying to post the last of the Larami rack toys in the permanent collection, and creating a similar summary table and post for the fifth anniversary.