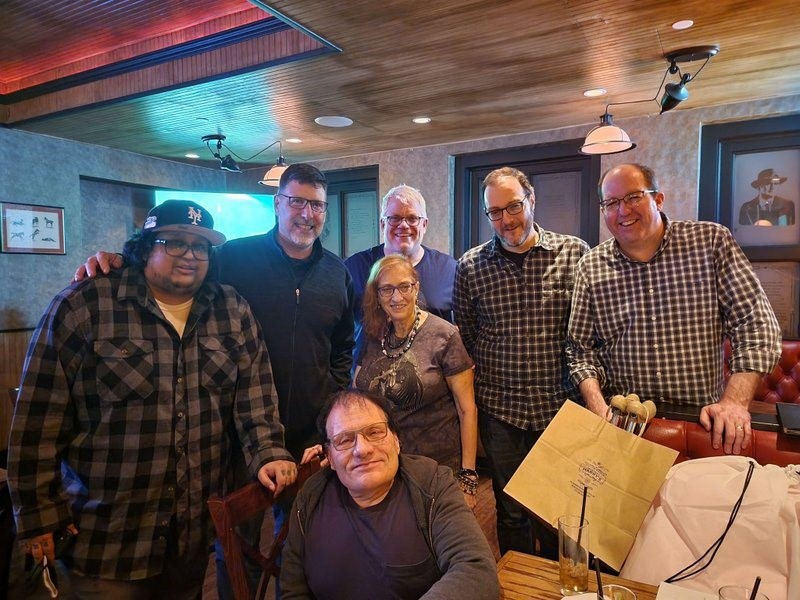 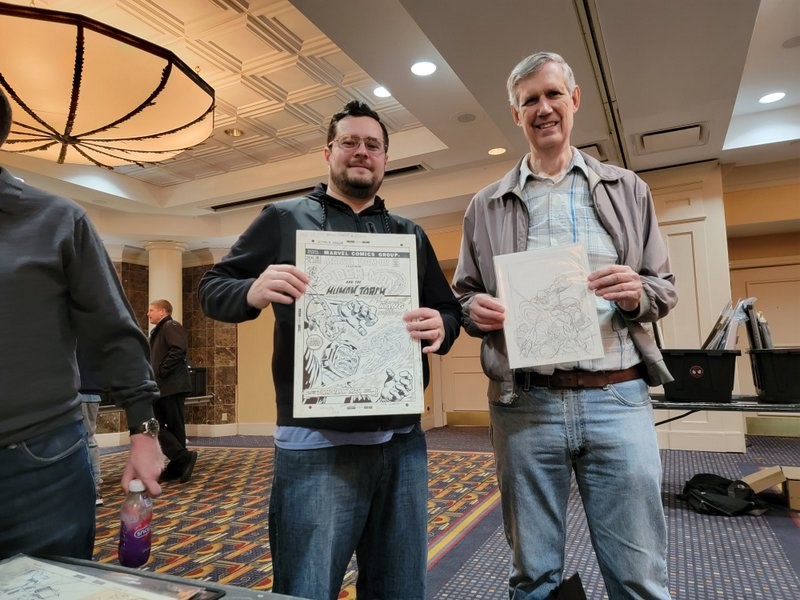 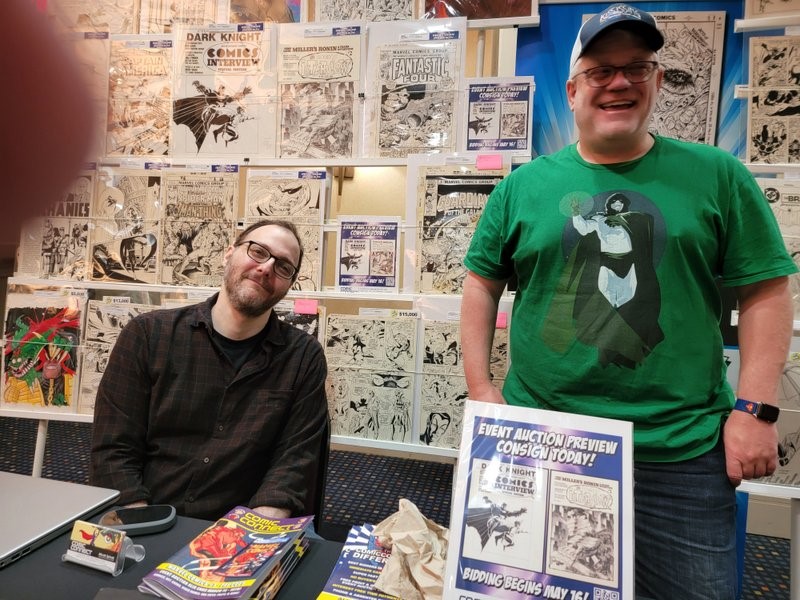 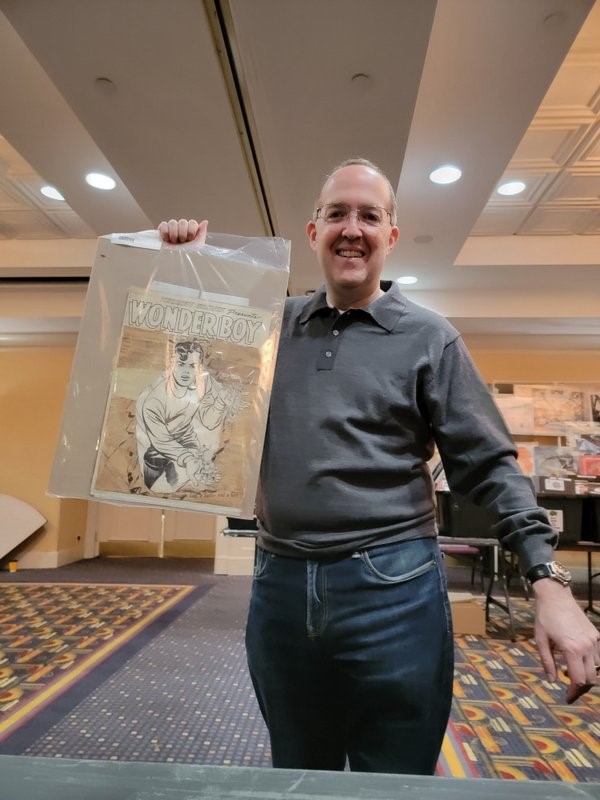 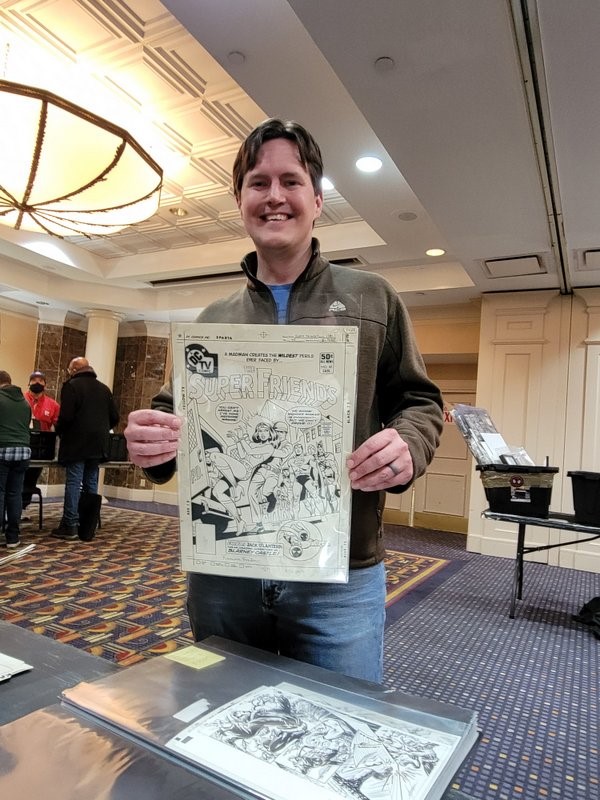 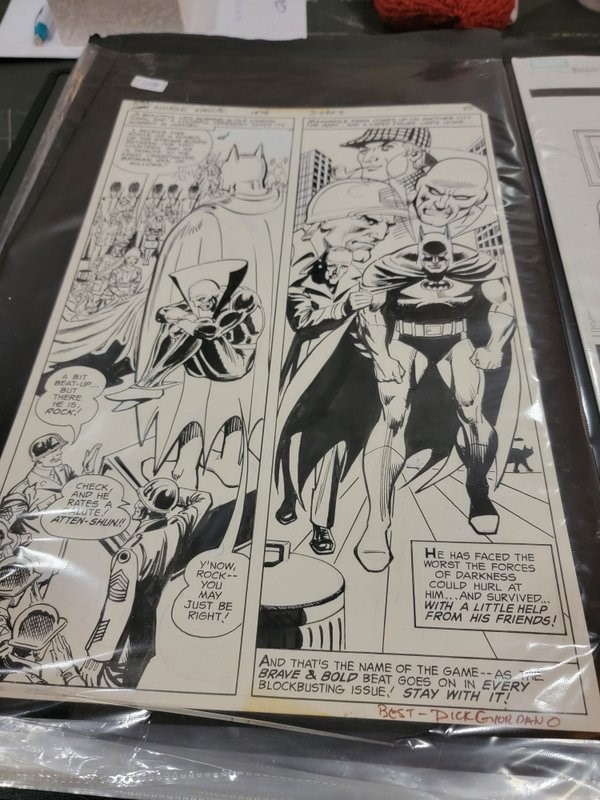 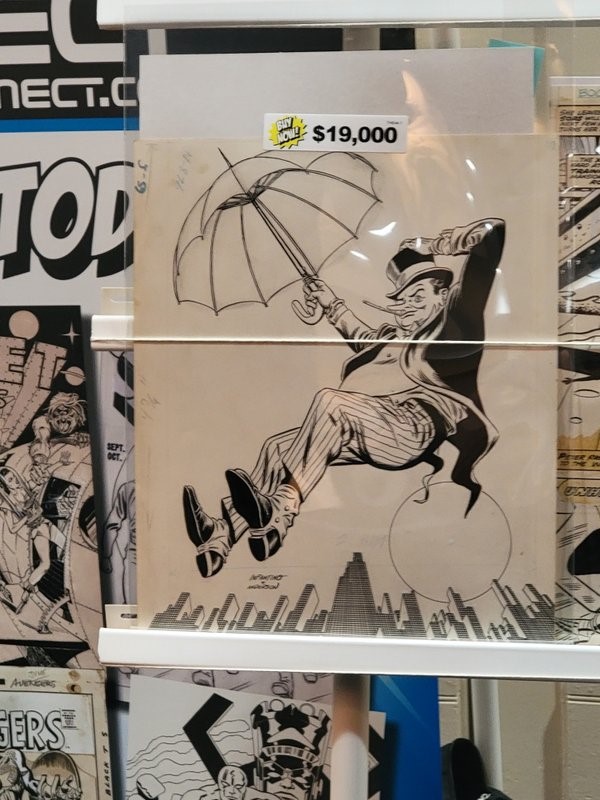 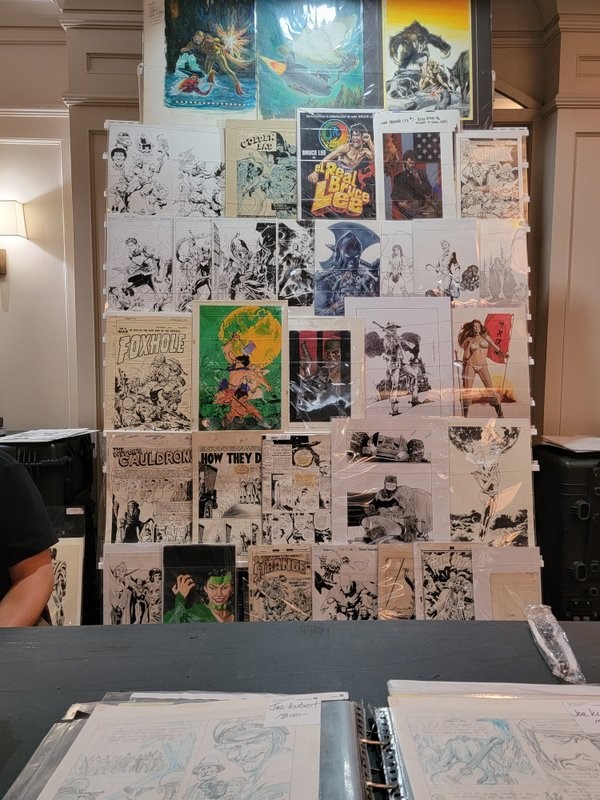 On April 23, 2022, the New Jersey Comic Art Con made its first stop at its new location at the LaQuinta by Wyndham in Secaucus, NJ. Billed by promoter Joe Veteri as the tri-state area’s premiere event to buy, sell, and trade original comic book art, this was the 26th edition of the show.

The con returns to a two-show per year schedule with one held in the spring and one in the fall. It was moved to the new venue in the Meadowlands to be closer to Manhattan.

This is a comic art only event with no comic books for sale, attracting some of the most prolific art dealers from around the country. The dealers included many of the show’s regulars like Bechara Maalouf, Albert Moy, Will Gabri-El, Hans Kosenkranius, Anthony Snyder, and Nathan Rose. First time attendee Bob Stevenson and Rich Donnelley from California were there, along with top comic art dealers in the hobby. Auction houses ComicLink and ComicConnect were also at the show.

There was a strong showing of Silver, Bronze, and Modern comic art, and while I did not see a lot of Golden Age art, there was a decent amount of it to look through. As at every Art Con, there was a good amount of comic book covers, and I am happy to say that there was a fair amount of Batman covers and art among them. Dealers had portfolios full of original comic book pages including splash pages as well as special ones on the walls. Commissions, sketches, and paintings were also on display.

Over the last few years, Marvel (both in vintage comic sales and original art) has tended to dominate the racks and portfolios at both comic and comic art shows. But that ratio between Marvel and DC art seemed to be a bit more even at this edition of the con, though Marvel was still in the lead. Both Allie and I did not walk out of there with empty hands and we were very happy with that.

Allie and I got to the show just as it opened, which was already busy with collectors perusing the dealers’ tables. There had to be almost 40 tables with a wide variety of original comic art – much more than at a traditional comic convention. With 10,000 square feet of room, there was plenty of room to walk around and hunt for new art. As he does at every show, dealer Anthony Snyder had a significant wall display and tables. The same is true for Bechara Maalouf who also had a very significant display of wall art and portfolios.

We ran into a lot of familiar faces at this show. Frank Giella, the son of comic artist Joe Giella and a close friend of ours was there, dealer Ankur Jetley, Golden Age art collector Michael Finn, ComicConnect’s Gary Land, and NJ Comic Art Con co-creator Dan Gallo were there. At an earlier show Gallo had talked to Allie about the con and he had said to her then that, “his baby is all grown up now,” and he was very proud of what the show has become. His smile reflected that at this show.

In past conversations with Veteri, he told me that part of his Comic Art Con’s unique value comes from his outstanding attendees, many of whom bring art to either sell, trade, or simply share with other collectors. Many deals are done between collectors, with many true original comic art collectors at the NJ Comic Art Con.

There are no on site places to eat in the hotel, however, it offers free breakfast. There are eateries within walking distance of it including Italian and seafood restaurants but it is a bit of a walk to get to them. The night before the show, a Comic Art Con dinner for attendees was arranged by Micah Spivak and Gary Land of ComicConnect at Mustang Harry’s in Manhattan, and Allie and I had a great time there. As we left the show on Saturday, we already were looking forward to the fall version of it in September.

With most COVID-19 restrictions lowered, the show had returned to normal hours and masks were not required. The price of admission was $10, and parking was available across the street in a free multilevel garage.

The fall edition of the NJ Comic Art Con will be held Saturday, September 24 at the La Quinta Inn & Suites, located at 350 Lighting Way Secaucus, NJ. Veteri can be reached at jveteri@coopmail.net or by calling (973) 768-6649 to discuss setting up at his next show. For more information on dates and attending future shows check his website at www.veteriproductions.com or the Comic Art Con Facebook page.

To see more photos from Comic Art Con, check out our In the Limelight coverage.