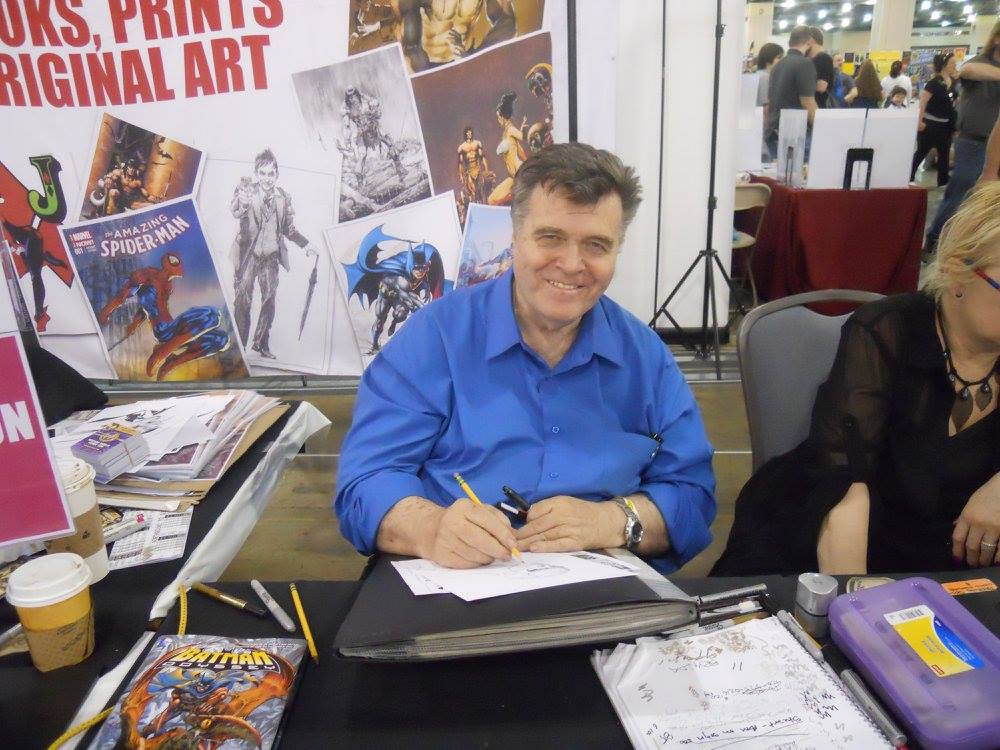 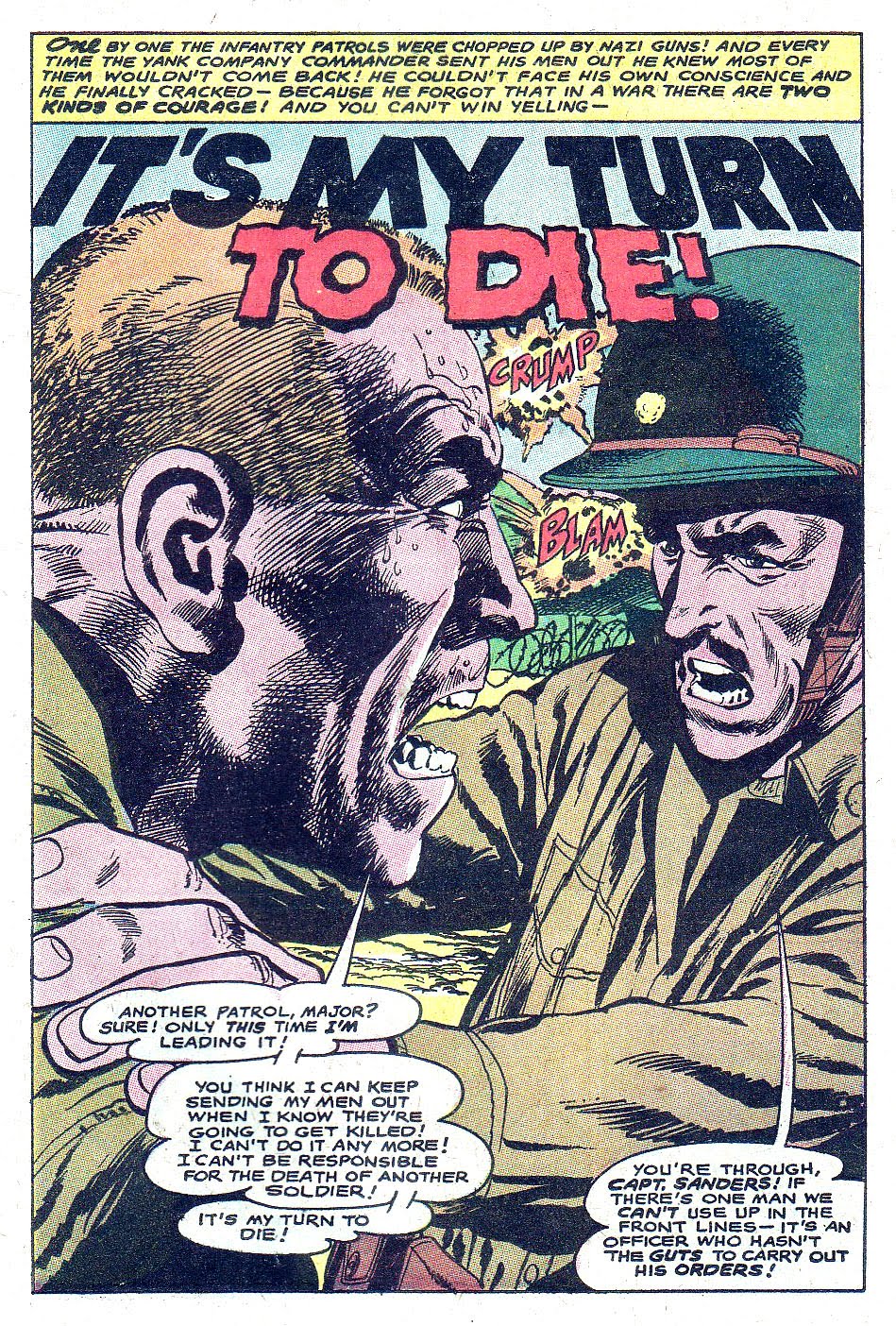 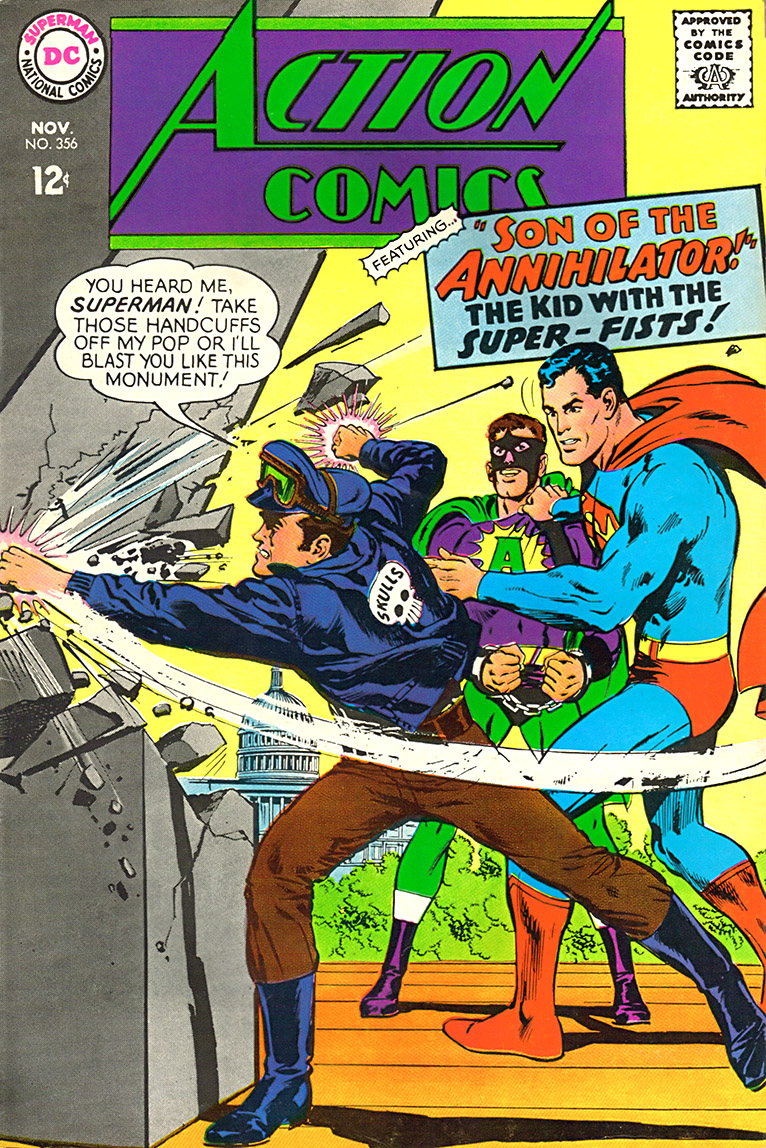 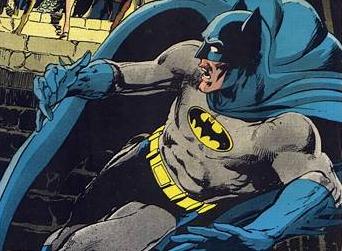 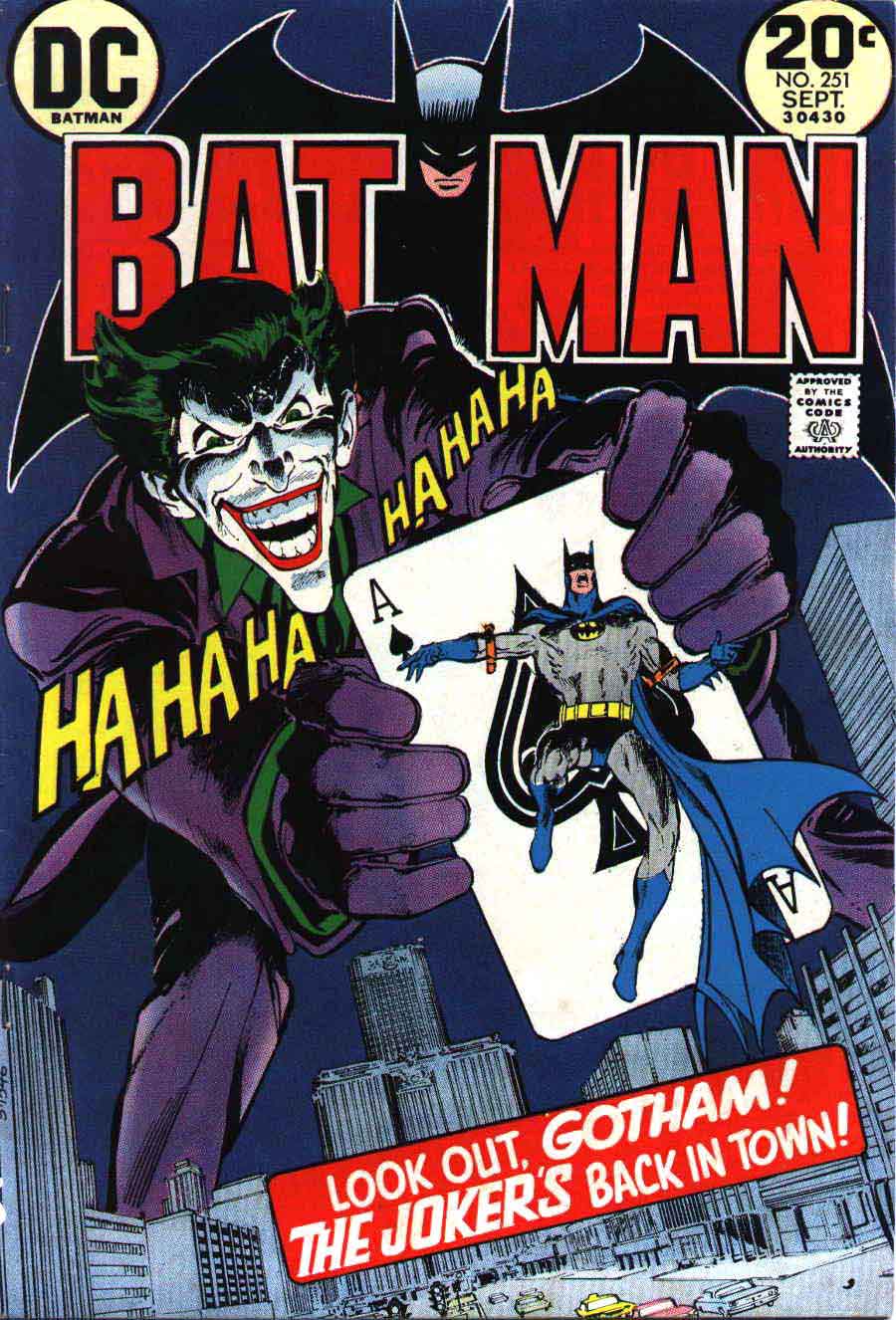 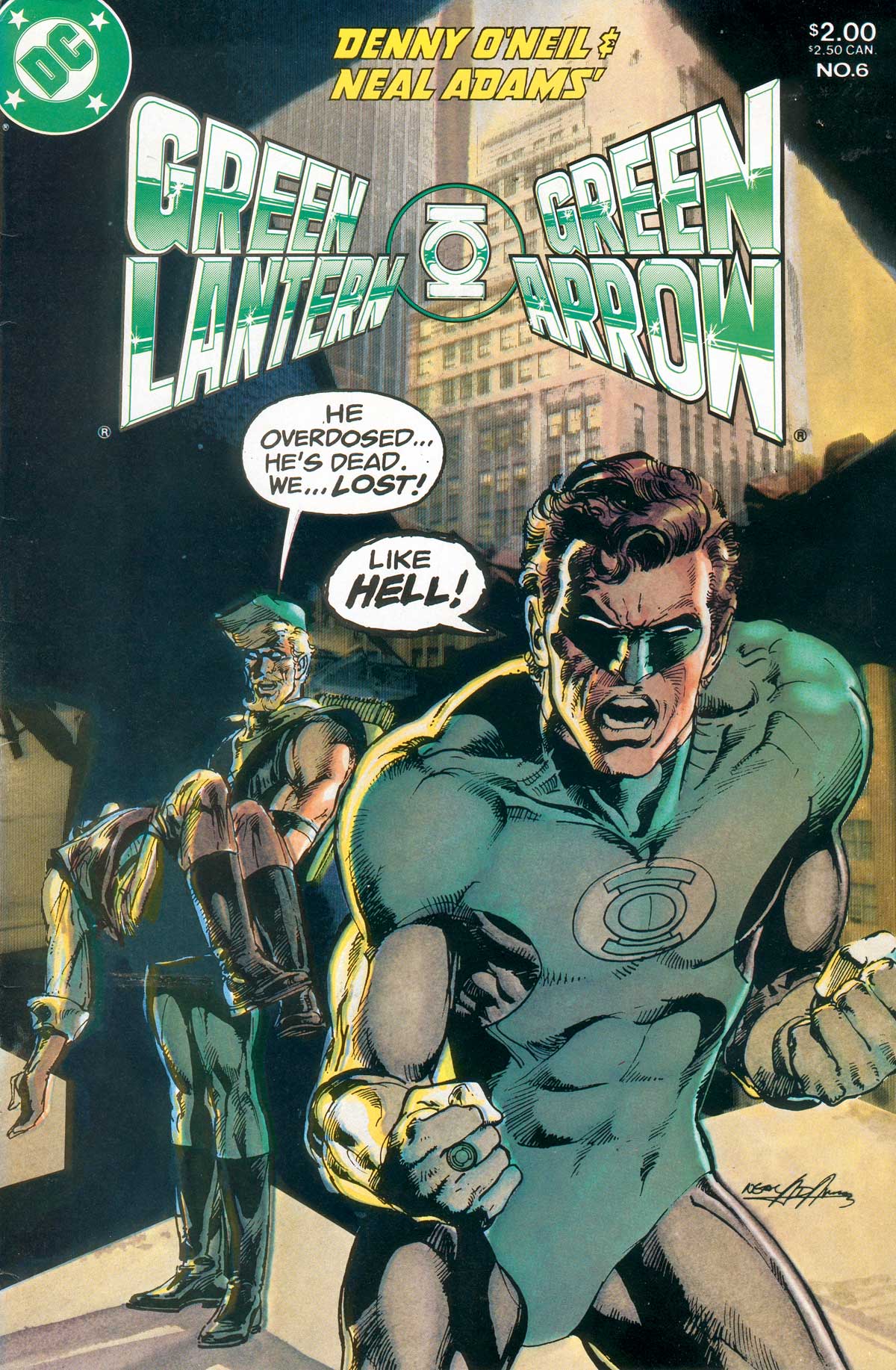 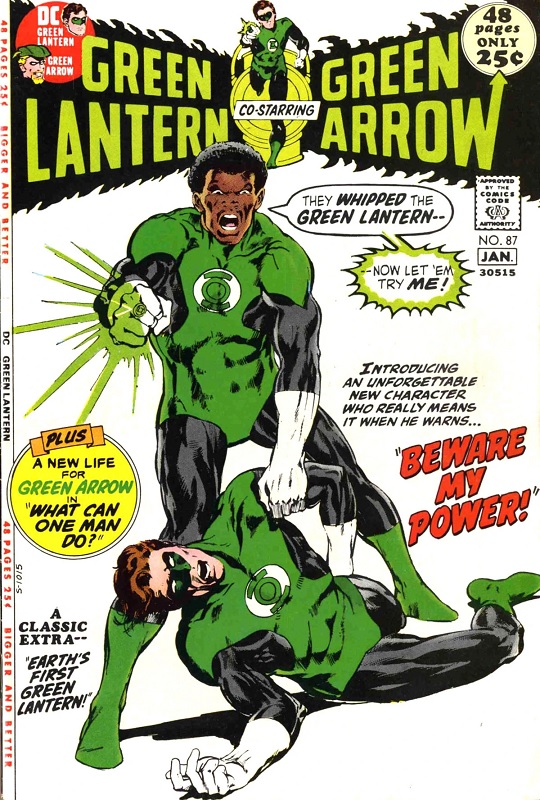 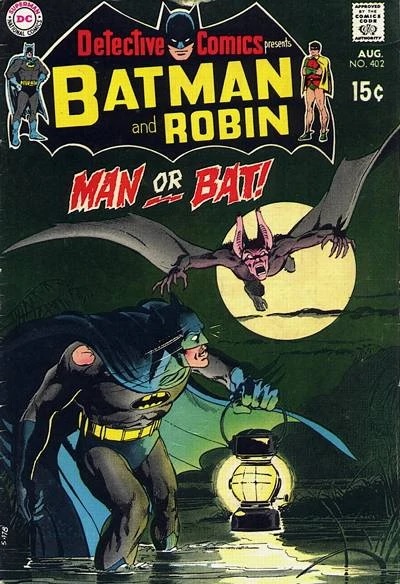 Prolific and influential comic artist-writer and creator rights advocate Neal Adams died on Thursday, April 28, 2022, of complications from sepsis. He was 80 years old.

Adams gained a major following for his groundbreaking realistic art on characters like Batman, Green Arrow, Superman, and the X-Men. He is also wildly respected for his innovative work in advertising and his passionate efforts championing creators’ rights.

“By almost any standard, Neal Adams was a titan of the comic book world. Not only was his art revolutionary, he taught, encouraged, and educated young artists, and he championed creator rights. He defined Batman for generations of fans, and influenced the way comic book stories are told. Even though he wasn’t a creator of the character, the fact we still talk about his Dark Knight so many decades after his main work on the character speaks volumes. My condolences go out to his family, and to his colleagues, and his many fans. He will live on not only in our memories, but in the pages of so many comics,” said Steve Geppi, Chairman of Geppi Family Enterprises.

Adams was born on June 15, 1941 on Governors Island, New York City, New York. After graduating from Manhattan’s School of Industrial Art in 1959, he attempted to find freelance work at DC Comics. Those efforts proved unsuccessful, and he turned to Archie Comics hoping to assist Joe Simon on the publisher’s fledgling superhero line. At the behest of staffers, Adams drew a few sample pages for The Fly series. Although these pages initially failed to receive any encouragement from Simon, they later unknowingly broke Adams into comics. A section from one of his sample pages, which saw Tommy Troy transition into the Fly was used in Adventures of the Fly #4 in 1960.

Thereafter, Adams began writing, penciling, inking, and lettering full-page and half-page fillers for Archie’s Joke Book Magazine. Later on, Adams worked as Howard Nostrand’s assistant on Bat Masterson, before working on commercial art for the advertising industry. He worked primarily for the Johnstone and Cushing agency, which specialized in comic book styled advertising. In 1962, Adams’ comic career began in earnest at the NEA newspaper syndicate on Jerry Capp’s Ben Casey comic. He went on to work as a ghost artist on such comic strips as Peter Scratch and The Heart of Juliet Jones.

During the start of the Silver Age, Adams found work at Warren Publishing penciling and inking for writer Archie Goodwin’s anthological stories in Creepy and Eerie. He later reapproached DC Comics and made his debut with the publisher as penciler-inker of “It’s My Turn to Die” in Our Army at War #182. Soon after, Adams was assigned his first superhero covers, illustrating Action Comics #356 as well as Superman’s Girl Friend, Lois Lane #79. Teaming with writer Gardner Fox, Adams drew his first superhero story, “The Elongated Man” in Detective Comics #369. Shortly afterward, he drew the cover of The Brave and the Bold #75 as well as interior Batman art in World’s Finest Comics #175.

By 1969, Adams was freelancing for leading publishers DC and Marvel Comics, a position that was incredibly rare at the time. At Marvel, he teamed with writer Roy Thomas on X-Men, along with working on such titles as The Avengers, Tower of Shadows, Chamber of Darkness, and “The War of the Worlds” in Amazing Adventures. Back at DC, Adams collaborated with writer Dennis O’Neil to reestablish Batman’s dark, brooding nature in Detective Comics. Adams introduced new characters to the Batman mythos, including Man-Bat co-created with Frank Robbins and Ra’s al Ghul co-created with O’Neil. Adams and O’Neil also revived Two-Face in Batman #234 and the Joker in Batman #251.

At the same time, Adams and O’Neil revamped the longstanding DC characters Green Lantern and Green Arrow in a crossover series. These new issues were controversial when they were first released as they dealt with issues of racism, overpopulation, pollution, and drug addiction. Despite the controversy, this series saw Adams win the Shazam Awards for Best Individual Story, Best Pencil Artist, and Best Individual Story. As well as the Goethe Awards for Favorite Pro Artist and Favorite Comic Book Story.

In addition to his comic work, Adams attempted to unionize its creative community. His efforts helped lead to the modern industry’s standard practice of returning original artwork to the artist, who can earn additional income from art sales to collectors. Adams notably and vocally helped secure a pension and recognition for Superman creators Jerry Siegel and Joe Shuster. He went on to help form the Comics Creators Guild, which over three dozen comic book writers and artists joined.

The Will Eisner Comic Book Hall of Fame and Jack Kirby Hall of Fame member has been a driving force behind the comic industry for decades. Between helping to create some of the definitive modern imagery of iconic characters to serving as a dedicated creators’ rights advocate, one thing is for sure – Neal Adams truly was a superstar.

“Neal Adams left a distinct mark on comics with his powerful, dynamic storytelling, nowhere more than when he was teamed with writer Denny O’Neil on Detective Comics, Batman, and Green Lantern/Green Arrow, and with writer Roy Thomas on The Avengers and X-Men. Equally, though, he will be remembered for his efforts to promote creator rights. He didn’t always succeed, but those times when he did are the benchmarks against which the efforts of others are judged,” said Robert M. Overstreet, author and publisher of The Overstreet Comic Book Price Guide.

“Neal Adams is one of the greatest artists our medium has ever known. He is also the single most influential artist in the history of comic book publishing.  An amazing number of artists, including many whose styles are nothing like Neal’s, many you’d never guess, started out trying to emulate Neal. He has personally trained a small army of artists. Not only a master of the visual, Neal writes as well, and also does, it seems, whatever else he wishes to with ease and grace. His brilliance extends beyond the printed page. He works with light, motion and sound. He creates three-dimensionally. Any medium is his medium. And, everything he does, he does with rare excellence. He brings insight to any endeavor. Most importantly, he truly creates. New ideas. Original thoughts. Genesis! Beyond that, he has always been a force in the industry – a righter of wrongs, a bringer of change, a leader. Neal is a genius and a giant who has lifted up us all,” writer-editor-publisher Jim Shooter wrote when he inducted Adams into The Overstreet Hall of Fame.

“In The National Cartoonists Society Album 1996, Neal Adams wrote that it was his goal: ‘In some way; no matter how much time, work, effort or determination it takes, on the part of myself and whoever cares to join me, to make this world a niftier place to be in than it was yesterday. If I can help to do this through my craft, then I’ll consider myself very lucky indeed. If I can only help by stepping outside my craft, I won’t have as much fun as I would have preferred.’

“Following the news of his death, media were filled with loving tributes from fans and professionals alike. We all told a variety of anecdotes that demonstrated that – in a wide variety of ways – he met that goal. He did, indeed, make this world a niftier place to be. It’s now up to us to honor him by following the example he set in whatever way we can,” Overstreet advisor and former Comics Buyer’s Guide editor Maggie Thompson said.