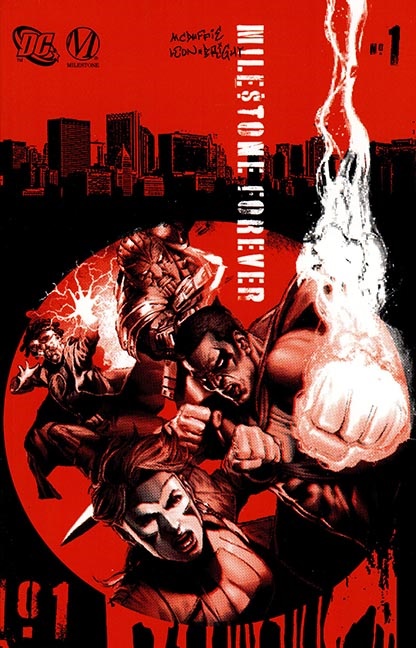 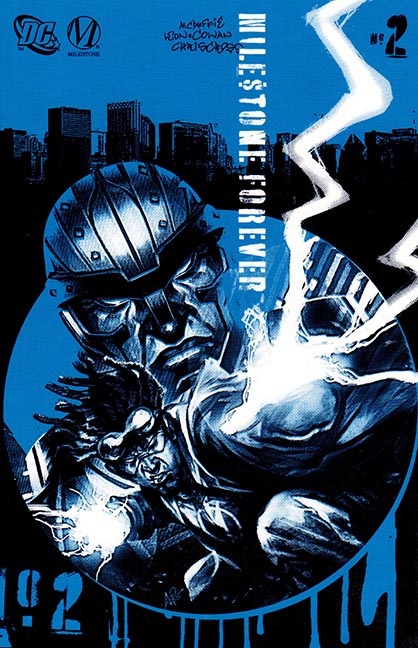 Bringing together some of the overarching stories from original runs of Static (later Static Shock), Icon, Hardware, Shadow Cabinet and Blood Syndicate, Milestone Forever is a two-issue miniseries that delivers what most dead universes never get: a conclusion. The results are almost the definition of bittersweet.

That the Milestone characters got this treatment at all is a testament to both their cool factor and the perseverance of the late writer/editor Dwayne McDuffie.

Milestone Media, which was published under the banner of DC Comics, was a media company founded by McDuffie, Denys Cowan, Michael Davis, and Derek T. Dingle. It launched in 1993. Despite intriguing characters and an impressive array of both established and new talent, the line of comics ended in 1997 during a glut in the comic book market.

The company did not fade entirely, however, as Static Shock debuted to significant acclaim as an animated series on September 23, 2000. It ran for four seasons and racked up 52 episodes. During that run, 2001’s Static Shock: Rebirth of the Cool saw the character return to print in a new four-issue miniseries.

And then nothing… until Milestone Forever in 2010.

This two-issue, prestige format miniseries brought original Milestone artists John Paul Leon, Mark Bright, ChrisCross, and Denys Cowan, among others, for a script by McDuffie that chronicled possible futures for some of the characters and then the literal end of the Milestone universe. Its final page foreshadowed the characters’ inclusion in the main DC Universe the following year, something that would not be without its bumps.

If you were a fan of the original comics, this isn’t the most fitting of ends, but it is clearly something that fans of many other publishers during that era never got.